The Joy of Watching Birds 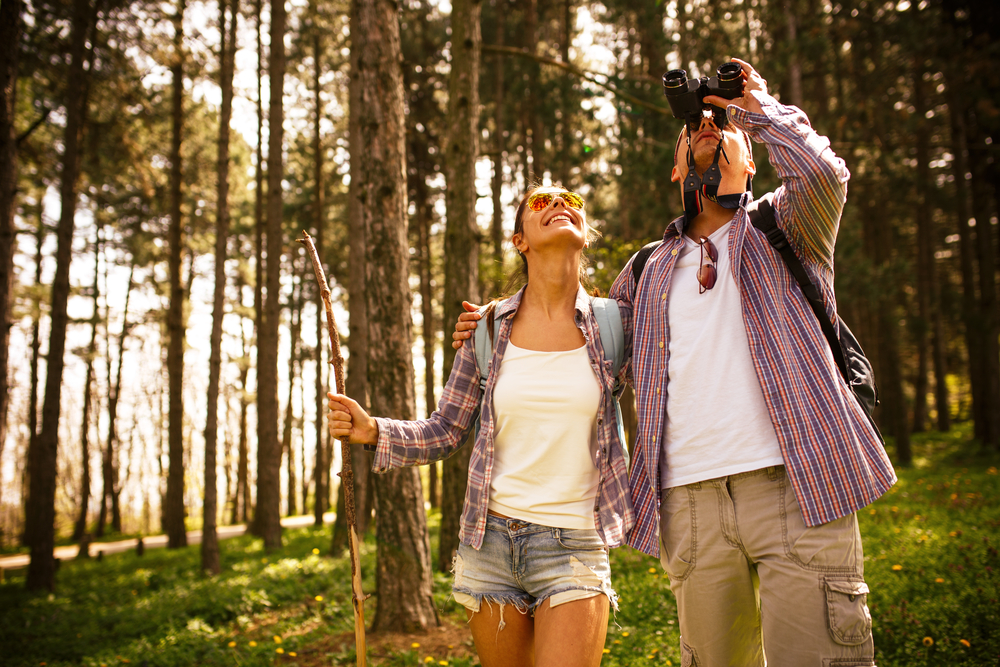 One of the fastest-growing hobbies in America is bird watching, according to the U.S. Fish and Wildlife Service. With the fall migration in full flight, this low-impact activity provides many opportunities to increase well-being.

These benefits can include opportunities for discovery and achievement, the promise of new positive relationships and engagement in something meaningful.

Researchers at Cornell University say that birdwatchers are five times more likely than non-recreationists to engage in environmental conservation efforts, and adventure traveling can be an economic boon for popular birding areas.

Sharon Stiteler, author of the book 1001 Secrets Every Birder Should Know and an avid bird enthusiast, says that bird watching (or birding) takes a minimal monetary investment. All you really need is a good pair of binoculars and the knowledge of what birds might be passing through your area.

“It’s easy to do, and you can find fantastic birds in your backyard,” Sharon says. “People think that if you are in an urban area, you may not have the variety…. More birds are adapting to our urban environment.”

Sharon says it’s also a good idea to join a local bird watching group and keep up with events and the best viewing locations through social media.

“I have a friend in just about every state and every country,” Sharon says. “No matter where you go, you’ll never meet dull people while bird watching.”

For hot spots this fall, Sharon suggests anywhere along the Mississippi River, since it is a major migratory corridor; Cape May in New Jersey; and the Rio Grande Valley in Texas.

“Another really fantastic place in the fall is Corpus Christi, Texas,” she says. “There is a huge raptor migration that happens there. You can see 100,000 birds of prey migrate over that spot.”

For Sharon, the best part about bird watching is that no matter where she goes, she can enjoy an activity that gives her pleasure and adds meaning to her life.

“Whether it’s a big city like New York or out in the middle of nowhere in Utah, there is always something there for me to find,” she says. “Especially if there are birds I haven’t seen before. It’s kind of like a treasure hunt.”

1. Tundra Swans migrate in large flocks, making their way down both East and West coasts. Before embarking on their 1,000-mile flight for the winter, these monogamous love birds can be found in the Devils Lake area of North Dakota in September and along the Mississippi River in Minnesota in October.

2. The Common Redpoll is a small, socially active finch with a red cap and a yellow, pointed bill that lives in northern Canada. During migration, they travel in flocks of several hundred to several thousand and visit backyard feeders in the northern border states, including Maine, Michigan and North Dakota.

3. The Northern Goshawk is a large raptor that prefers dense forests in North America, Europe and Asia. Don’t get too close; the goshawk is a fierce defender of its nest. In the fall, birders can find them in the Rocky Mountains, the Great Lakes and along the Appalachian Mountains.

4. Green Jays can be found in the tropical areas of Mexico and South America. The South Texas Green Jays will hang around the Mexican border and prefer open spaces. This noisy bunch doesn’t travel much but can be seen as far north as San Antonio.

5. Northern Flickers are part of the woodpecker family and forage on the ground for food. They usually migrate at night and have been spotted in places like New Jersey, Massachusetts and Pennsylvania in late September before making their way to the Gulf States for the winter.

7. Dark-eyed Juncos are part of the sparrow family and are often referred to as “snowbirds.” They are one of the most common birds in North America, and more than 600 million of them can be found at backyard feeders across the country during migration and in the winter.
(Source: Kevin J. McGowan, Ph.D., Project Manager, Distance Learning in Bird Biology, Cornell Lab of Ornithology/The Birds of North America)