The Unloneliness of the Long-Distance Runner 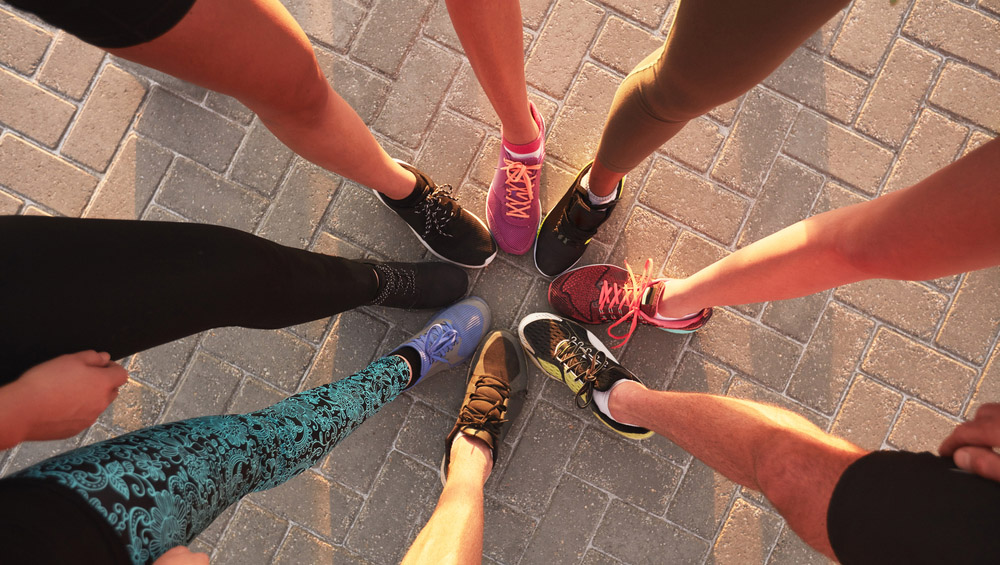 The common image of runners is captured in the title of Alan Sillitoe’s short story “The Loneliness of the Long-Distance Runner.” In this view, runners are solitary figures who neither need nor want company. Certainly many runners, including me, cherish the chance running offers to spend time alone with our thoughts.

But, like the observation that runners never smile, the idea that being a runner means being lonely is mostly made by those who don’t run. High-quality camaraderie is more the norm, thanks to group runs, pre- and post-work meetups with one or two friends, road races and other bond-producing activities that are part of the fabric of running. You want lonely? Spend most of your waking hours flitting among social media feeds and working a job where more than small talk is rare.

The relationship of loneliness to mental-health issues, especially depression, is well established. The American Psychological Association lists social isolation as a risk factor for depression. Loneliness and depression can feed off each other, as a lack of energy or interest in activities keeps you homebound. Excusing yourself from social activities seems easier than mounting the strength to smile and chat while you’re miserable inside.

As I said, it comes with a built-in way to create and strengthen just the sort of relationships that improve mental health. If, like me, you took up the sport as part of a school team, regularly training with others has been part of your running life since day one. If you’re an adult-onset runner, you’ve probably nonetheless found benefit in having occasional company, especially for harder or longer workouts.

On any given day, runs with others provide a mood boost. “Running is often my favorite social hour,” says Heather Johnson, of South Portland, Maine, who runs in part to manage anxiety. One of Heather’s training partners, Kristin Barry, runs to manage depression and says, “Socializing with friends while running makes me feel more connected and happier in general.”

Running with others often results in conversations that are more open and substantive than the norm in our sedentary hours. “Running with others has served as a way to bring my own struggles and achievements to others to gain alternative perspectives,” Heather says. “Over the years, social and group runs have given me new ways to approach parenting, working with others, and how to be a better overall person.

What’s key here is that these more intimate conversations happen while we’re doing something that creates a connection. You can learn more about a person in the space of a few runs together than in six months of having adjoining cubicles. The shared effort of conquering hills or navigating trails builds a bond that’s stronger than if we were in a book club or cooking class together. Combine the talk and the work, and you can build deep friendships in a surprisingly short time.

Running’s delivery mechanism for a regular supply of new friends is a profound enough mental-health aid. In my 50s, I have an easy way to continue to broaden my pool of relationships at a time when many of my contemporaries are seeing their social circles shrink. Some running partners remain primarily that; when we encounter each other in what I call civilian life, we often do a double-take because of being unaccustomed to seeing each other in street clothes. Some running partners blossom into all-hours friends who socialize while barely talking about running.

The Spice of Life

But there’s more to it than just numbers. As Heather says, “running has given me the opportunity to connect with so many different people.” In the past year, I’ve run with people in their 20s and people in their 70s, and all ages between. Some are women, some are men. Some are married, some divorced, some never married. Some have grown children, some are childless, some have infants. Some began running as teens, some started recently. We grew up in different times and different places and spend our days doing different work. Our lives are so much richer for the varied friendships we continually develop through running. How else would it be the case that the best friend I’ve made in the past decade is a mother of two who was born after I started running? How many depressed men my age have a way to nurture such relationships in just one or two hours a week?

These too-brief in-person encounters don’t exist in a vacuum. They spur actions and thoughts that improve the time when we’re apart. Running partners constantly check in on each other: How did that workout go? Is your leg feeling better? Want to run long this weekend? Was it crazy cold this morning, or what? Running provides an easy and obvious reason to stay in regular contact. As on the run, the basic questions tend to lead to reports on nonrunning aspects of our lives, making our connections to one another that much stronger. Even the most basic planning to run with others helps. Knowing on a Wednesday that Saturday morning will include 90 minutes of fellowship brightens the week. I used to plan to run with others primarily as a means to a racing goal. Now it’s a worthwhile goal in itself.