Caitlyn Jenner’s public transformation from man to woman will open the door for many others to so the same. There is still a stigma, but you can never be truly happy unless you embrace your true, authentic self. 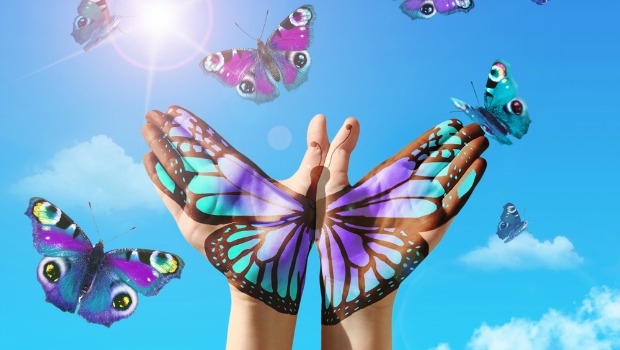 Coming out as transgender can bestow a great sense of peace, but challenges remain

"I'm so happy after such a long struggle to be living my true self. Welcome to the world Caitlyn. Can't wait for you to get to know her/me," Caitlyn Jenner tweeted while revealing her Vanity Fair July cover photo by famed photographer Annie Leibovitz.

When Fran Fried read of the Olympian's transgender transition, she thought it sounded similar to another story—her own.

Eight years earlier, Fran began what turned out to be a depression-lifting transition, experiencing a life-changing epiphany that “he” was in fact a “she” at age 46, while working as a newspaper editor in Fresno, CA.

Everyone's experience is different, but both Fran and Caitlyn say they are happier after coming out as transgender to friends, family and eventually the world.

"My smiles now are a hell of a lot more genuine; even my smiles looked sad before," Fran told Live Happy.

According to Fran, her transition added a new dimension to her life. "You feel much more the self you really are," she said. It's evident in talking to parents and friends. "I didn't trade in all my boy cards. Now I can talk to them about shoes and football."

After years of struggling to hide that she felt like one of the girls despite being born a man, Fran began her transition in 2008 by coming out to close friends. In 2009, the newspaper where she worked laid her off in a staff reduction unrelated to her transition. After five months living full-time as a woman, she started therapy. In 2010, after undergoing psychological tests, a doctor gave Fran her first hormone treatment.

"Two days later, my depression was gone," she said. Today, she says, she walks more confidently in heels, figuratively and literally. Now that Fran is well through her transformation, she describes herself as an "accidental human rights activist."

"Just living is a political act sometimes. Just living out in the everyday world is my own little victory and my own little blow for civil rights. It took all the strength and the acceptance of people around me to help me become happier. You realize why were you hiding all these years. It's not a thunderclap."

Psychologists and counselors say transitions are tough, but they usually have positive results despite challenges that remain.

"LGBTQ people clearly use their identities as opportunity to create positive meaning," Rostosky and Riggle wrote in their book, A Positive View of LGBTQ: Embracing Identity and Cultivating Well-Being.

"Transgender people are happier in the sense they have less anxiety, less dysphoria and they feel better in their own skin," said Ami Kaplan, a New York-based licensed clinical social worker who counsels people about transition.

How happy they are depends on how their transitions went, Ami says. People entering a stigmatized group face many land mines that could blow up relationships with family, friends and work, she said. "People come out pretty much as they were before, only in a new gender."

"Coming out helps individuals reconcile conflicts and ambiguity," said JoAnne Keately, MSW, director of the Center of Excellence For Transgender Health at the University of California, San Francisco. "People not able to do that end up dealing with a lot of dysphoria and anguish and fear they will be found out. Coming out publicly is "liberating" because the "process eliminates fear of disclosure."

Still, the process is fraught with danger.

Regardless of socio-economic status, most trans people will experience stigma, bias and discrimination, JoAnne cautioned. Even Caitlyn, despite mostly friendly media coverage of her transition, has seen less-than-favorable responses, attempts at mockery and pushback on pronoun usage.

"As celebrated an athlete as Caitlyn was before transition, as big a public figure as she's been, Caitlyn is not immune to bias many experience on a daily basis," JoAnne said.

"However, Caitlyn's coming out won't hinder her ability to earn income," she said. "A lot of other trans people, if they are lucky enough to be employed, to come out would put them in danger of losing their employment."

The more transgendered people rgar come out, the more likely acceptance and the waning of discrimination are to follow, JoAnne said.

"Living in a closet builds a lot of self-doubt and lowers self-esteem. It eats at you if you can't be who you feel you are authentically. Living as your authentic self is a good thing for us all," she said.

JoAnne credited Caitlyn with planning to use her position of privilege and her upcoming E! reality show to shed light on the conditions in which many of America's estimated 700,000 to 3 million transgendered live and on issues such as suicide.

Getting a clear picture

Transgender people are pretty common, Ami said, "We shouldn't think of it as people 'out there,' Hollywood celebrities or on society's fringe. "These are people in our lives, in our workplaces, who are gender variant. And never assume. Not everyone who is gender variant looks gender variant."

Vanessa Fabbre, Ph.D., LCSW, professor at Brown School of Social Work at Washington University in St. Louis, focuses on late-life transitioners. "To really understand the experience, the magnitude and the implications of transitioning, you have to understand the social context of people making the decisions," Vanessa said. "We all have gender identity, a common connector. We all have gender expression."

Her 2014 study, "Gender Transitions in Later Life: A Queer Perspective on Successful Aging," shows how transgender older adults experience challenges to their gender identities that put their emotional and physical well-being at risk.

In the end, experts and people who have been through it all agree—transitions are incredible difficult. It may feel easier to sit it out and not rock the boat. But in the end, if you do not embrace who you really are, you may have trouble finding true, authentic happiness.