How Do You Live Happy?

Happiness is contagious, and if your goal is to create a world with more compassion, less strife and a greater sense of purpose and meaning—you need to get your message out there! Here are just a few ideas to share your joy with family, friends and your community. 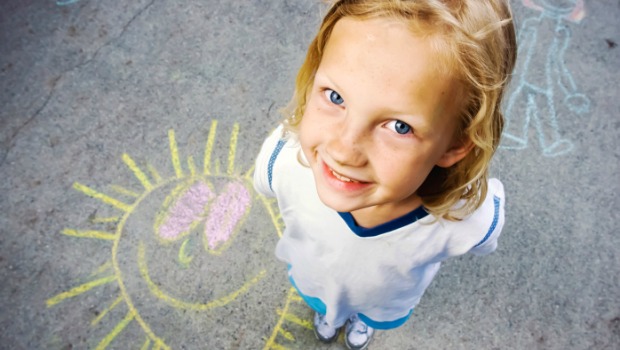 Here are some great ideas for sharing positive messages and inspiring others.

Happiness is contagious, and if your goal is to create a world with more compassion, less strife and a greater sense of purpose and meaning—you need to get your message out there!

Here are just a few ideas to share your joy with family, friends and your community.

Chalk the Walks is one of many projects spearheaded by The Joy Team. Started in 2011 by Michele McKeag Larsen, the Joy Team has spread positive messages far and wide, beginning with a series of signs and billboards all over her native Pacific Northwest.

“We had been doing the billboards for about a year,” says Michele, “But I wanted something more people could engage with. All you have to do is buy chalk. It’s accessible to everyone, and you can do it anywhere.”

People around the country have come up with similar ideas for spreading positivity. There is an annual Chalk the Walk in Cleveland, Chalk the Block in El Paso, and a group called Chalk for Thought posts new messages frequently on Instagram and Twitter.

In the 21st century, we face a near-constant bombardment of negative messages. Some groups have launched a counter-movement by posting DIY inspirational messages on sticky notes in public places. These handwritten happy hits have been popping up around the country: in buses, on the subway, painted on billboards … it has become a positively contagious meme.

Live Happy has its own Happy Notes (sticky notes printed with positive messages), and the folks at a small organization called Operation Beautiful came up with a similar idea.

There are so many acts of kindness, large and small, that we do on an everyday basis. How will you spread your happiness? So get out there: Do some good and notice when someone does something nice for you. One small step at a time, we will make the world a happier place.