The International Day of Happiness is Here! 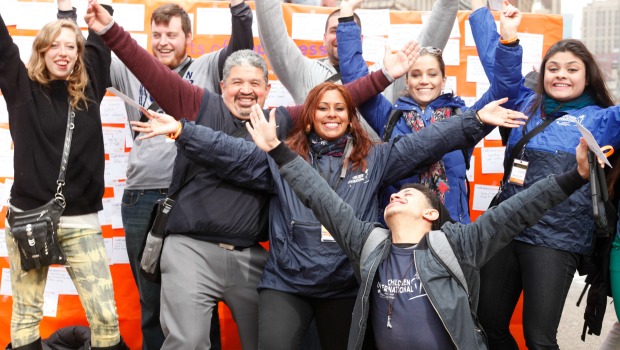 When the third annual International Day of Happiness kicks off on March 20, countries around the globe will celebrate it in a variety of ways.

“There are a lot of celebrations being planned around the world, things that we don’t even know about yet,” says Jayme Illien, the United Nations adviser who, along with photographer Joseph Peter and then-U.N. Ambassador of Iraq Dr. Hamid Al-Bayati, drafted the U.N. resolution to create the special day. “But it’s still more of a grassroots call to action.”

Among the planned events will be a day of special recognition at the United Nations, which passed the resolution declaring the pursuit of happiness “a fundamental human goal” in 2011.

Regardless of how near (or far) from a celebration, Jayme says that everyone can participate in this year’s International Day of Happiness and become part of the happiness movement.

“We would like to see as many people as possible celebrate it,” he says, adding that such a celebration doesn’t have to be officially sanctioned. “It’s just a matter of doing something that makes people happy.”

One way to celebrate is to visit one of Live Happy’s hosted Happiness Walls, or to host a wall yourself!

Do something for others

Among Jayme’s suggestions for furthering the day of happiness are to do something for others, whether it’s offering to carry their groceries or buying a cup of coffee for someone. (See more about this kind of giving at #HappyActs.org.)

“Giving is such an important part of it, because that’s how you impact an entire community,” he says. “Often people don’t think of giving as a piece of happiness, but it is. You’ll be surprised how much happier it makes you.”

Enjoy the day in any way you choose!

Even if you’re short on ideas or time, Jayme says there are ways to make the most of the day.

“The main thing we want to see is people wishing others a happy International Day of Happiness – just like you would wish someone happy birthday. That’s one of the best things you can do,” Jayme says, noting that it helps brightens the day of both the greeter and the recipient, while at the same time building more awareness about IDOH.

“This really is like a birthday celebration – but this time, it’s everyone’s birthday.”

For more information about the International Day of Happiness, and about how happiness is expressed all over the world, pick up the April, 2015 issue of Live Happy magazine.