The People of Detroit Rise from the Ashes 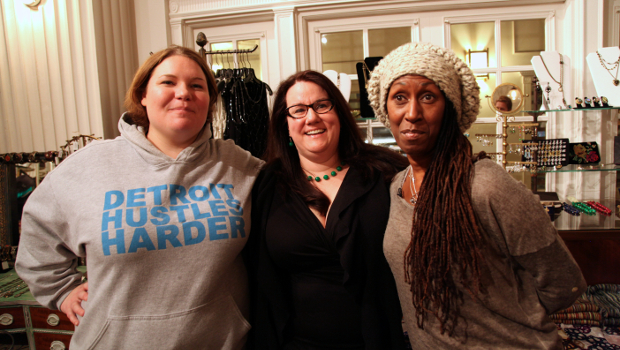 When Adam and I set out on this quest to find the happiest people in America, we thought interviewing a variety of people from various walks of life would lead us to some universal truths about happiness. Two weeks into our trip across the Northeast and Midwest, I can say for certain that this is true:

Not exactly what we were looking for. Still, this belief that Detroit is a city void of happiness reinforces a belief that Adam and I share: major news outlets overwhelmingly focus on the negative. We think there were great lessons to be learned from the people of Detroit about happiness, and that the current state of the city is actually a catalyst for good.

Turns out we were right.

Our only contact in Detroit was Jeanette Pierce, but if you only know one person in a city, you want a Jeanette Pierce. Every city should have a Jeanette Pierce. To give you an idea of the amount of love Jeanette has for Detroit, she and her husband had a public wedding in the central park—they literally invited the entire city.

She founded D:Hive, a nonprofit that provides startups and small businesses with the resources they need to thrive. They also provide walking tours of the city.

We set out on one of Jeanette’s walking tours. At first we saw burned out buildings and deserted streets, then as we walked and listened to Jeanette we began to see a beautiful, futuristic city, overflowing with kind, passionate, and driven people. At The Spirit of Detroit, a large statue that stands at the heart of the city, Jeanette shared two quotes with us. I stood frozen, completely mesmerized by what she had said. These were the reasons we came to Detroit—this is what we were after. 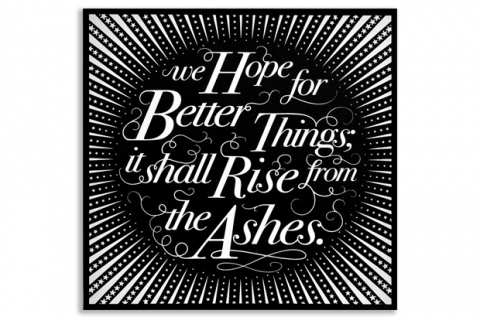 The first was the city motto: Speramus Meliora; Resurget Cineribus (Translation: “We Hope For Better Things; It Shall Rise From the Ashes”). It would be ignorant to avoid the realities of the current state of Detroit: bankruptcy, corrupt politics, homelessness, and sprawling ruins. All of our conversations and interviews touched on these subjects. It would, however, also be ignorant to simply believe that the only outcomes of these realities are negative ones. That is where the second quote comes in, and it’s a Jeanette Pierce original.

I always tell people that Detroit is big enough to matter in the world, but small enough that you matter in Detroit.”

These are two powerful ideas: from the ashes, better things can arise, and individuals can matter in a major city.

We spent the next day with Kyle Bartell and Charles Molnar, two young men whom Jeanette introduced us to and who beautifully exemplify these ideals through their company, Sit On It Detroit. Don’t let the name fool you, these two passionate Detroiters are out to help their city. “We drove past a group of nurses sitting on the sidewalk, waiting for their bus,” Charlie explains the origin of the company. “These are women who had probably just worked 10-hour shifts on their feet, and because there are no places to sit at the 2800 bus stops in Detroit, they were forced to sit on the ground.”

Charlie was behind the wheel of his pickup truck, a recent purchase to accommodate the transportation of the benches that he and Kyle have been making since realizing the city was in no position to provide thousands of seats to commuters. They set out to provide a solution, and like vigilante superheroes, began to assemble benches out of reclaimed wood from abandoned and torn down buildings (from the ashes, better things).

In addition to the benches, they also provide free books, which are donated from fellow Detroiters. They build shelves into their benches and place the collections behind a weatherproof window. “We know that we’re not going to drastically alter literacy rates in the city, but if even just one in one hundred people take a book and read it on their commute home… that’s a victory.” Kyle knew he was big enough to matter in the city and that his benches and free books were going to make a difference. 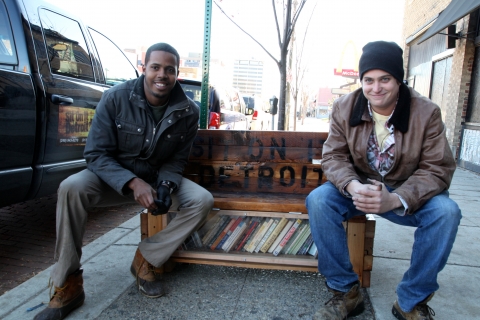 Charlie and Kyle—and everyone we met in Detroit for that matter—reminded me that it is important to feel in control of your own life and to feel like you matter. Detroit is a beautiful place as a result of the community that has arisen from the ashes. Yes there are abandoned buildings, but some of that wood is turning into benches for commuters.