3 Ways to Win at Work

Why the Golden Rule should rule the office. 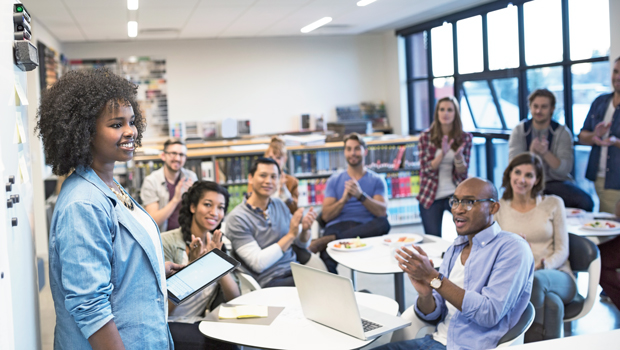 Why the Golden Rule should rule the office.

Most of us were taught early on in our childhoods about the Golden Rule. For anyone who’s forgotten, here’s a quick refresher; the Golden Rule is a guiding principle that suggests you treat people the way you wish to be treated. Dating back to the 1600s, the concept can be explained from the perspectives of psychology, philosophy, business, economics and found in nearly every religion and ethical tradition.

But, what if that lesson could be taken one step further? What if instead, we treated others as they wish to be treated? Instead of the Golden Rule, we could call it the Golden-Golden Rule, or Golden Rule 2.0. The goal would be to ensure empathy is at the core of organizational policies and embedded into every interaction. We all believe that lending someone a helping hand is a good thing, but, what if we knew why someone needed our help in the first place?

Now here’s a challenge: Can we embrace this practice in the workplace?

For some CEOs, it just seems too warm and fuzzy. But, for others (like the most influential companies in the world) investing in warm and fuzzy is driven by cold, hard facts.

When Google researchers and data scientists were asked to define what makes a team effective, they launched Project Aristotle, spending two years interviewing Googlers (their employees) and examining more than 250 attributes of 180 active Google teams.

Do you think they found that doubling up on Rhodes Scholars and combining them with the fastest developers on the planet would be the key to the most effective teams?

I’m sure the talent helped. But, the answer is surprisingly, an emphatic, “Nope!”

Essentially, the data team discovered psychological safety was the most important trait of a high-performing team, and what Google researchers refer to as the “underpinning” of all the other dynamics that make up a successful group. Two key attributes of psychological safety specific to Googlers include, “conversational turn-taking” and “high emotional sensitivity.”

According to Google’s data, individuals on teams with higher psychological safety are less likely to leave, they’re more likely to harness the power of diverse ideas from their teammates, they bring in more revenue and they’re rated as effective twice as often by executives.

The moral of this case study? The Golden-Golden Rule wins at work.

If you want to apply this in your workplace, it will require effort, intention and practice. But, it won’t be as hard as you may think. Google already outlined one strategy—provide psychological safety and the ability to take risks, make mistakes and move on. Here are a few more practical applications to apply the Golden-Golden Rule at work.

1. Ask more questions. In our office, we have a giant gratitude wall (really—our application to Guinness World Records for Biggest Gratitude Wall in the World was just approved)! We’ve seen how one simple question can tell us so much about each other. We’ve learned who loves playing guitar and when someone is feeling homesick. There are plenty of notes about bacon and Starbucks but more importantly these posts give us a sense of what is going on with each other. Knowing more about people, and what motivates them, allows us to better understand what they need to thrive.

2. No job is too small. Tony Hsieh, founder and CEO of Zappos, now an Amazon company, has famously redesigned the customer-service experience with what appears to be principles reflected in the Golden-Golden Rule. Every person who joins Zappos must spend part of their first weeks answering customer-service calls. No one is exempt, including Tony himself. He and the chief execs get on the phones annually, mostly during peak times to put themselves into the shoes of the customer and to help them to understand the plight of their frontline workers.

3. Be mindful of work styles. The workforce is rapidly evolving and change can be stressful. Get to know your employees’ communication styles so you can connect with them in the place they are most comfortable. Some people work better when you meet in person while others prefer email or online collaboration tools. Remote workers continue to grow, making web-conferencing tools even more essential. Whenever possible, be flexible.

Often, it’s good old-fashioned common sense that prevails. For proof, just look to Google’s big announcement about the findings from Project Aristotle. The headline reads, “After years of intensive analysis, Google found the key to good teamwork is being nice.”