Meet the members of three very different households, each of whom has achieved balance in a unique, yet equally satisfying, way. 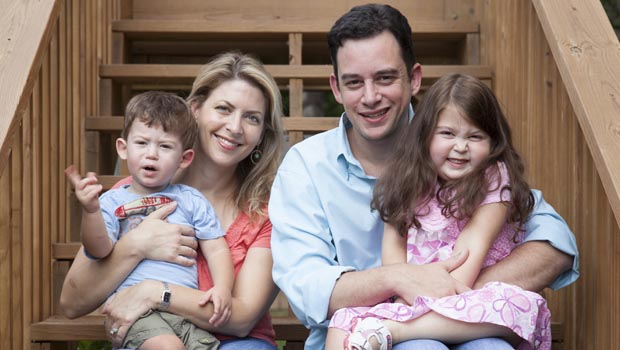 Here’s the funny thing about balance: Sometimes it’s not obvious until it goes missing. When life is clicking along smoothly, we tend to take it for granted, barely noticing the pleasant rhythm of our daily to-ing and fro-ing. But as soon as it grinds to a halt—well, that’s when the longing for harmony barges in and demands our attention.

Discovering balance is a deeply personal process, all about prioritizing, persevering, dropping balls and picking them up again. There are no secrets or shortcuts; it’s as individual as a fingerprint (and sometimes, just as complex). Below, meet the members of three very different households, each of whom has achieved balance in a unique, yet equally satisfying, way.

Like any first-time parents, Denise and Aaron Spitalnick had to find their footing as they adjusted to life as a family of three. But by the time daughter Nina turned 5 months old, whatever balance they had begun to restore had vanished: She was diagnosed with glycogen storage disease type 1A, a rare metabolic disorder that, improperly managed, can be fatal. GSD patients require a severely restricted diet and frequent feedings to manage their blood sugar; a hiccup in the system, such as a stomach bug, can prompt a trip to the emergency room.

As they grappled with learning to handle Nina’s needs, the couple faced an additional worry: child care. With two demanding jobs—Denise as an attorney, Aaron as IT director for a large accounting firm—they needed to be completely comfortable with Nina’s caregivers. “We were nervous about leaving her with just anyone, and not having peace of mind throughout the day,” Denise says.

The Spitalnicks ultimately hired registered nurses to care for Nina at home, which eased some of their anxiety. They also began working with Dr. David Weinstein, director of the Glycogen Storage Disease Program at the University of Florida, to manage Nina’s health. With his attention and guidance, she began to thrive.

Still, as their careers intensified, their lives wobbled farther and farther off-center. They were thrilled when son Reid arrived in 2012, but also felt stretched thin. “Spending time together was difficult,” says Denise, who by that point had become a partner in her firm. And there was another stressor: school for Nina. Bright and precocious, she would blossom in the right preschool, her parents knew—if they could find it. Public pre-K classrooms weren’t set up to accommodate her medical requirements, and she didn’t qualify for the special education program or for a state-funded aide.

Then Aaron learned of an IT directorship at a local private school for children with speech and language difficulties that offered a program that would match up well with Nina’s needs. Given the chance to be near his daughter, the fulfilling nature of the work, and the much more relaxed pace—in contrast to Denise’s hectic courtroom and travel schedule—he jumped on the job. The one downside, a lower salary, has been well worth the tradeoff, Aaron says.

“At first I struggled with it, but I now truly understand that money cannot buy quality of life,” he says. “The better hours, shorter commute, family environment and opportunity to watch my daughter excel have been absolutely amazing. I come home infinitely happier, and it helps our family stay happy, which is the most important thing.” 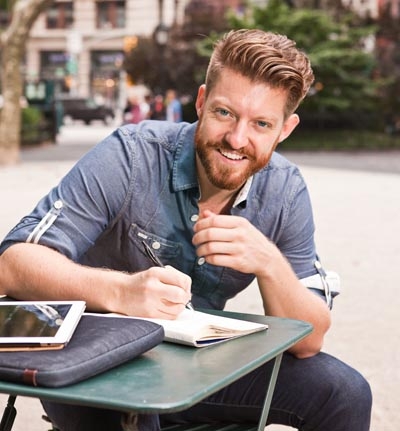 Jason Keehn realized early on that a single-career trajectory—climbing the ladder in one field, then descending into retirement—wasn’t for him. As he mulled over how he hoped to look back on his life in older age, “I wanted to feel that I’d had a ‘life buffet,’ Jason says. “I didn’t like the idea of choosing one thing, but rather many things that added a new flavor to different points in my life.”

First on the plate: a career in advertising and marketing, which appealed to his mix of business savvy and creative drive. “It was sort of flashy and cool and [spoke] to a lot of parts of my self-esteem that I wanted to connect to, like being a part of the style world,” Jason says. Eventually, though, it began to feel hollow. “I needed to know that all of my blood, sweat and tears every day were going to something that had a bigger impact.”

The first flicker of insight came when he resigned from full-time work and enrolled in a global bioethics graduate program at Columbia University. Although he was passionate about the subject matter and entertained the idea of an academic career, he found that path too structured and slow-paced for his liking.

Then the light bulb flashed on. “I noticed a lot of ethical fashion brands popping up,” Jason says. “I was thinking about what I wanted as a consumer about shopping ethically, asking myself, ‘How come I don’t shop ethically right now?’ The reason, he decided, was twofold: Not only was it inconvenient, but the ethical clothing on the market sometimes lagged behind fashion trends.

“I saw a need for one retail destination that curates, in a style-conscious way, all of the ethical fashion out there in one destination,” Jason says.

Thus was born Accompany, a fledgling e-commerce site that offers stylish pieces from labels that work toward improving a community’s quality of life. “We’re specifically curating products from artisan and handmade cooperatives around the world; fair trade or fair trade-certified; or humanitarian brands,” Jason says. “Every day I feel committed to something that I’m excited to do, and that hits many of my desires.

“The most compelling way to live, for me, is to live my many facets [simultaneously], letting them be in tension with each other—an academic ethicist and a style-conscious consumer; a businessman and an activist,” he continues. “It reminds of some exciting articles I’ve read about how today we live in a ‘trade-on’ world. It’s no longer about sacrificing one preference for another, but finding a way to have both.”

Not many couples fly back from their honeymoon, then kiss each other goodbye and head home to different cities. But Linda Bell Blue and Steve Blue are anything but typical. Both busy executives in the TV industry, they’ve been committed since the start of their 28-year marriage to squeezing every ounce of joy and fulfillment from their limited time together. 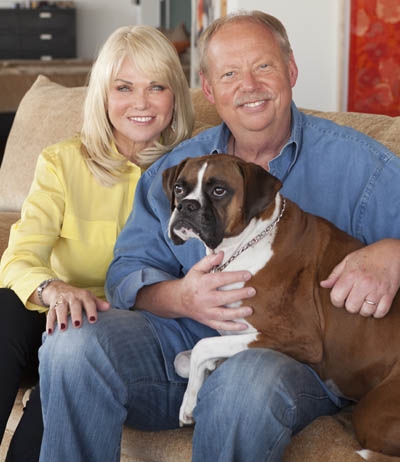 “Our careers are important, but the most important thing in the world is when we’re together,” says Linda, now in her 19th season as executive producer of Entertainment Tonight. “And it’s the most precious thing in the world, because the moments can be few.”

During the first year they were married, Linda was based in Los Angeles, while Steve lived in New York. Flying back and forth on the weekends gave them a measure of the couple time they craved. “There were probably, at most, 10 weekends per year that we weren’t together,” Steve says. “We just made that a priority, period.”

Despite their passion for their work, being apart week after week was tough. Finally, Steve quit his job in New York to move to L.A. “From that moment on, I never, ever, ever took for granted a moment with him,” Linda says.

Although their schedules haven’t gotten any easier—“There’s no vacation I’ve gone on in 25 years that I’ve ever not been on the phone dealing with something very important,” Linda says—they’ve refined the art of carving out time for closeness. “We try not to make the career and personal time mutually exclusive,” Steve says.

They attribute their bond in part to their strong family life growing up—she in Missouri, he in North Carolina. Both remain close to their families; in fact, Linda’s mother moved to L.A. “She’s 85 years old, and I can’t keep up with her,” Linda says. She drops by each afternoon to visit and to pick up the couple’s boxer, Duke, whom her mom keeps while they’re at work.

Although Steve’s mother still lives in North Carolina, they take every chance they can to see her. “We try to plan things so that my mom can come meet us in places—we try to make it a special occasion for her,” Steve says. She’s made numerous trips to California for gala events (both moms have attended the Oscars, the Emmys and the Grammys).

“Linda’s mom and dad very much made it clear to everyone that they were the most important thing to each other by far,” Steve says. “They…showed us a lot about what it means to make your partner your priority.”

Clearly, the couple has taken that example to heart. “I’d rather spend time with [Linda] than anyone else I’ve ever met,” Steve says. “She’s the funniest person I’ve ever met, and she just makes me generally happy being around her.”