With the release of the third edition of the World Happiness Report today, experts in areas including economics, psychology and survey analysis delivered new possibilities for improving happiness on a global level. 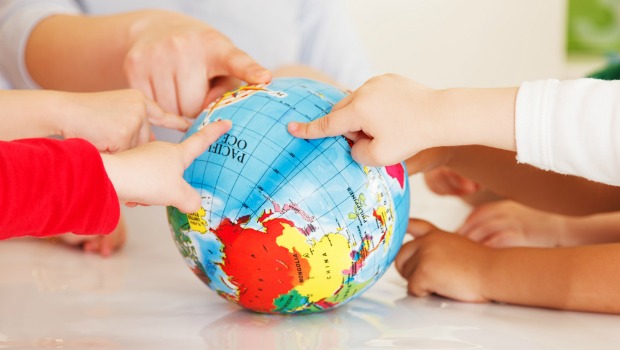 With the release of the third edition of the World Happiness Report today, experts in areas including economics, psychology and survey analysis delivered new possibilities for improving happiness on a global level.

“Happiness is a critical indicator for both individuals and societies,” says Jeffrey Sachs, professor at The Earth Institute at Columbia University and one of the report’s authors. “We should measure subjective well-being and report on it regularly with the aim of raising well-being.”

To be released today

The report, released online today, will be the topic of a public meeting from 7 to 9 p.m. Friday at the New York Society for Ethical Culture. Jeffrey will be joined by report co-authors John Helliwell and Richard Layard to discuss their findings and their implications for the future.

The first report, released in 2012, reported on the role public policy could play in a country’s happiness. The second and third reports have combined the analysis of the most recent happiness data with chapters that delve into specific issues.

New areas of focus for 2015 include showing how happiness measures differ by age, gender and global region. It also dedicates an entire chapter on happiness in children.

The report notes that one-third of the world population is under the age of 18, and suggests that improving the well-being of children could have positive, lasting effects on communities as a whole. It offers areas to consider that could improve happiness among children, and spells out the positive effect such changes could have on society.

A focus on children

“Children’s well-being and health is vitally important, and there are high levels of untreated problems,” the report concludes. “We have good evidence-based ways to improve this.” Those methods include making well-being as important an initiative for student development in schools as intellectual growth, and creating community well-being initiatives for children. The report also states that the cost of implementing such changes is manageable, since so many other costs will be saved.

In addition to increasing its focus on how social values, social capital and mental health conditions affect national happiness, the new report also delivers new information on neuroscience and happiness. Dr. Richard J. Davidson, founder of the Center for Investigating Healthy Minds at the Waisman Center, University of Wisconsin-Madison, is one of the world’s leading experts on how contemplative practices such as meditation affect the brain. He contributed a paper to the report that raises exciting possibilities about how mindfulness and compassion training may help increase happiness in entire populations.

Jeffrey says he is encouraged by the reaction on both a governmental and grassroots level.

“The main message of the report is that improvements in happiness are feasible and depend heavily on societal measures and good governance,” he says. “