Altering the Trajectory of Your Day

Nicholas and Adam learn a lesson about doing. How do you deal with the darkness? How do you not collapse under the weight of what the world has given you? 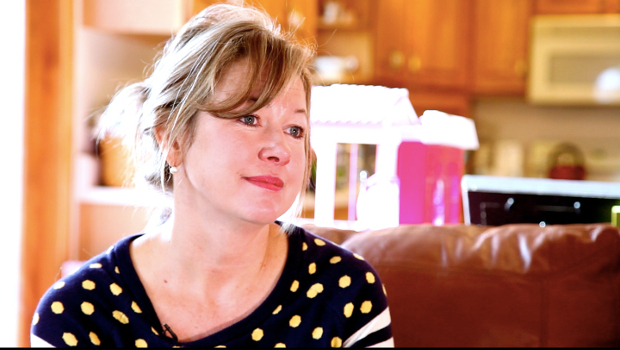 Today marks the end of week one of the Pursuing Happiness Northeast adventure! Adam and I flew into Boston and have been snaking down the East Coast – Providence, New Haven, New York and Philadelphia – and are now going west toward St. Louis, where our first three-week excursion ends.

We’ve already documented an incredible amount of happiness: Mario, the 90-year-old Italian immigrant whose children’s shoe store was a staple of Boston’s North End for many decades; Jenine, a young artist who works out of a beautifully dilapidated factory in Providence; and The Connections, a duo that plays old soul standards in the New York underground. Additionally, we’ve interviewed some brilliant minds in the fields of positive psychology, neuroscience, theology, philosophy and business – we were, after all, in Ivy League country. I have so much to share, but as I ride shotgun on the way from Bedford, Pa., to Pittsburgh, all I can think about is the story I just heard.

We visited Stephanie Angel, founder and executive director of Angelight Films, a nonprofit that gives children living with brain and spinal cord tumors the opportunity to express themselves by creating and starring in their own short film. We stopped by her New York City offices and learned how she came to create this idea, and it quickly became apparent that we needed to tag along for one of these shoots.

That is how Adam and I ended up in a dairy farm, bundled up in scarves and down jackets, shooting infrared video in the middle of the night while two men peered through their gun scopes, on the lookout for coyotes.

David, 17, and his father, Dave, are avid hunters. Many of their finest specimens are displayed in their rural Bedford, Pa., home; bucks, bears and a very special marlin take up a great deal of wall space. Any walls not dedicated to stuffed animals are covered in family photos—David has two younger sisters. The most cherished wall space though is void of fury critters. Instead, the three walls in the dining room are adorned with large circles drawn by one of the girls while she was still of the age where scribbling on the walls was excusable. Not just excusable, actually, but appreciated! Her mother, Sherry, was so impressed with the art that she told her husband that the only way she would allow him to paint over it was if he were to cut out the drywall and frame it for her. He never did, so as the family dines, they’re always reminded of their daughter’s artistic antics.

This was a warm-hearted, tightknit family. 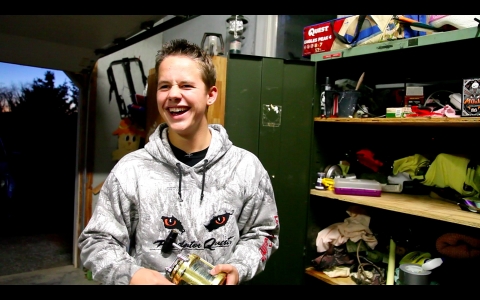 This is an incredible statement when you consider that for over four years David has been living with an inoperable brain tumor. The family lives two hours outside of Pittsburgh, or a 31-minute chopper flight to the children’s hospital—something, unfortunately, they know from experience, having had to life-flight David twice. Three months after David received the diagnosis, his younger sister was diagnosed with an incredibly rare disorder of the pituitary gland – she essentially doesn’t have one, so her body is unable to produce most of the things it needs.

It would be very easy and incredibly understandable if this family wasn’t so cheery—life has thrown them two huge curveballs, and although both David and his sister lead happy and carefree lives, the threat of disaster is always present. Understandably, no one is more concerned and involved than Sherry.

Perhaps that is why the story she shared with us just a few hours ago was so impactful.

How do you deal with the darkness? How do you not collapse under the weight of what the world has given you? Even more so, how do you actually rise far above it to a place of cheerfulness?

“It’s not easy,” she told us, “but being in the darkness means you’re alone, so I find the best thing to do is reach out to others.”

She began to tell us about an encounter a few years ago in the local grocery store. While waiting behind an older woman in the checkout line, she began to place her items on the conveyor belt. When she finished, she noticed that the woman appeared to be purchasing lunch for one.

“She went to place that rubber separator between our items, and I stopped her,” she recounted. “I asked her if I could buy her lunch. She protested for a minute, but I told her that she reminded me of my grandmother, and that it would be an honor to get her lunch. The woman was speechless—all she could do was hug me.” Sherry’s eyes welled up with tears, as if she were right back in line.  “So there we were, in line at the grocery store hugging one another, two strangers. Of course, the guy ringing us up was just rolling his eyes, probably thinking that all women are crazy!”

Sherry laughed at the thought as the tears broke from her eyes. This small act of giving clearly meant a lot to her and served as a reminder of something bigger than just ‘giving is the best gift.’

“It was so easy—so simple—yet it had a huge impact on both of our days. I had been in a bad place, but suddenly I felt so much better.”

What a beautifully simple way to mentally get out of a bad place. Adam and I continually discuss the idea that one can choose to be happy, but what does that mean, exactly? I think one misconception is that it’s as simple as flipping a switch in your brain—saying, “OK, I’m going to be happy right…now.” Maybe for some that’s all it takes, but I think for the majority of people, it requires doing something more than just deciding to be happy – it takes deciding to do something to be happy. Sherry’s story of connecting with a stranger on a deep level, thus illuminating the darkness of loneliness—is one great way to change the course of the day—alter the trajectory of thoughts and feelings—to something positive.