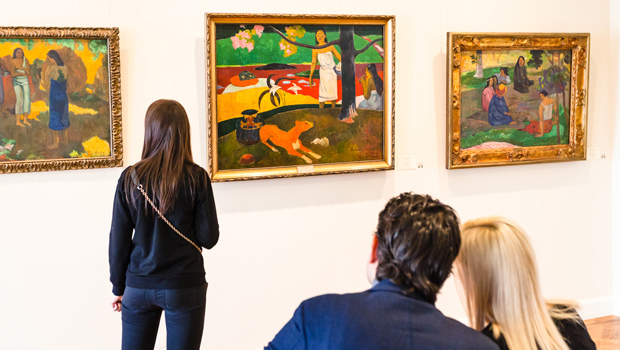 What does viewing works of art by Degas have to do with medicine? How can discussing Caravaggio’s paintings help doctors learn empathy?

More universities are trying to find out.

For many years, medical schools such as Yale and Harvard have used the visual arts to help teach prospective doctors better observation skills. Now a class at the University of Texas Southwestern Medical School in Dallas is using art—including painting, sculpture and design objects—not only to augment the students’ diagnostic skills, but also to grow and engage their sense of empathy and compassion.

The Art of Examination, now being taught in its fourth year, is the brainchild of Bonnie Pitman, who is a distinguished scholar in residence at the University of Texas at Dallas. She’s also director of art-brain innovations at the Center for BrainHealth at the university and former director of the Dallas Museum of Art. Bonnie’s interest in combining art with medicine stems from her own experience of navigating doctors and hospitals since 2008, when she contracted a chronic respiratory illness. Now, as part of the class, developed with Heather Wickless, M.D., a UT Southwestern assistant professor, and Amanda Blake of the Dallas Museum of Art, she shepherds groups of medical students through Dallas museums, highlighting objects selected to evoke creative thinking and elicit feelings of empathy.

At the Dallas Museum of Art, “we look at a Buddha sculpture, which is a symbol of compassion; we put on chanting and walk around it,” says Bonnie. After 10 minutes, she says, you can hear their breathing slow down into a “group breath,” as they hold the posture of the Buddha. “We compare him to another sculpture, an African power figure from the Congo with nails forced into him, absorbing all the pain and suffering of his community. I ask [the students] to take on his posture as well to feel the difference.” The students then stop to consider the difference in a patient’s perception depending on what posture a doctor holds as he or she approaches, to consider “awareness of being present with another human being.”

Later, the students gather around a gruesome death scene from Greek mythology. First they decide who in the painting they would send to the emergency room first. Then they pair up to write letters to the depicted grieving mother who has just lost several of her children, and the results are often poetic and moving.

The response to the class has been outstanding, says Bonnie, because caregiving and mindfulness are “not formally taught in medical schools. Things like, how to deal with patients in times of critical illness and death. How do you deliver that message, how do you absorb that into your body?”

“The gift of this course is that I know it will make a difference for these doctors, that these powerful works of art will change them as individuals and as physicians.”