6 Best Break-Up Movies of All Time

Breaking up is a bummer, but the movies on this list will pull you out of your funk. 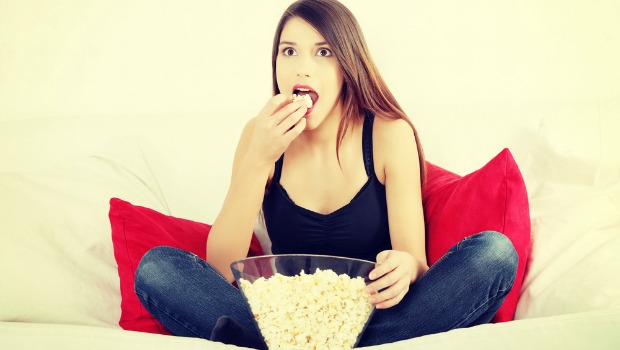 These films will pick you up, dust you off and crack you up

Breaking up is hard to do. Side effects may include heartache, Facebook stalking and large swaths of uninterrupted free time. Whether you want to laugh, cry or simply be distracted, movies are a great way to fill the void and—if well-chosen—lift your spirits. Below are films that can pick you up, dust you off and restore your faith in romance, and possibly the human race.

1. Thelma and Louise
Invite some friends over and remind yourself of the power of female bonding courtesy of Thelma and Louise. The men in your life may come and go, but best friends are forever. Thelma and Louise embark on a road trip in a classic convertible car—an often-told American tale, and yet this film was groundbreaking in that it marked the first time the open road was hit by women instead of men. It showed us that women also have the capacity to break free, make mistakes, and have adventures, where nothing is off limits (including a fling with a younger, gorgeous man—a practically juvenile Brad Pitt). Watching Gina Davis and Susan Sarandon, who have amazing chemistry together, will remind you that you don’t need to be with a romantic partner to have fun. Just don’t shoot anyone along the way, and everything might turn out OK.

2. The Heat
In this hilarious twist on the buddy-cop film, Sandra Bullock and Melissa McCarthy star as Ashburn and Mullins, respectively. Ashburn is an uptight, proper, by-the-book cop; Mullins is more of a crude, casual anything-goes kind of gal. These two characters at first seem like they have nothing in common, but it turns out that each makes the other better. It is hard not to giggle watching Ashburn try to explain the benefits of Spanx or keep a straight face when she encounters Mullins’ family of Boston-Irish lunatics and tries to explain that she’s not a “nahk” (narc).

3. The Princess Bride
If you want to lose yourself in a romantic comedy that contends true love does in fact exist, The Princess Bride will do just fine. Director Rob Reiner does a deft job of transferring William Goldman’s popular book to the screen, keeping both the comedy and the romance intact. The eponymous Princess is played by a dewy, gorgeous Robin Wright—and Cary Elwes is not bad either as her paramour, Westley. Mandy Patinkin turns in an epic performance as the heroic Inigo Montoya, and Billy Crystal and Carol Kane chip in for comic relief.

4. Bridget Jones’s Diary
A romantic comedy for the modern girl (it’s hard to say woman when Bridget is such a flibbertigibbet), Bridget Jones’s Diary is a hilarious look at the dating life of the young, shallow and British. Also adapted from a book (the bestseller by Helen Fielding), Bridget Jones follows our plucky heroine on her adventures through dating and romance. Renee Zelwegger is at the top of her game as Bridget, and the casting of Colin Firth (the “real” Darcy from the BBC’s Pride and Prejudice) as the earnest Mark Darcy is a brilliant touch. Bridget is not just a girl on the prowl, she’s also easily relatable as she gets blotto with her best friends, gives disastrous dinner parties and chronicles it all for the rest of us to watch and enjoy.

5. High Fidelity
Bridget Jones gave the female perspective on dating. In High Fidelity, Rob Gordon (John Cusack) gives viewers the male take. Rob re-examines his past relationships and breakups in order to have a successful relationship in the present. The film, based on Nick Hornby’s book, is filled with phenomenal music and an all-star cast (this was Jack Black’s breakout role). John Cusack has made a career out of playing the everyday man that both men and women can root for. His explorations of past relationships help us realize that not all romances are meant to last forever—and that can be a good thing.

6. Swingers
Apparently Jon Favreau wrote this road trip/bromance in just two weeks, and yet its quotable lines are burned into our brains forever. Released in 1996, Swingers became a star-making vehicle for leads—Jon Favreau and Vince Vaughn. Manic, sexy Trent (Vince) wants to help his buddy Mike (Jon) get out of his funk, in which he forever obsesses about his ex-girlfriend. A jaunt to Las Vegas and much hilarity—and cool swing dancing—ensues, and by the end of the movie, Jon has come out of his depression/obsession and is ready to pursue other fish—maybe even Heather Graham, as a swing-dancing hottie. Possibly the funniest scene is when, instead of having relations with a sexy young woman in Vegas, Jon ends up crying on her shoulder as she plies him with tissues. (That was before he realized he was so money.)