Jewel: Pieces of Her

Two decades after breaking onto the music scene, singer-songwriter Jewel surprises fans with a new album and book that reveal a different side of herself.

A new album and new book by the singer-songwriter reveal different facets of her personality.

Jewel’s childhood was spent in the wilderness of Homer, Alaska. The singer/songwriter spent much of her teens traveling along the west coast, playing music to survive. Her career began to take shape in San Diego in the 1990s, while she was living in her van. Now, two decades later, the multi-platinum megastar has enjoyed years of well-earned success, the adoration of millions, and an amazing life story to share. 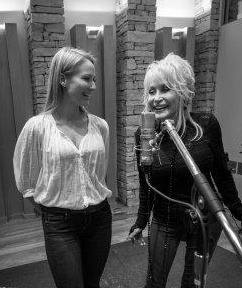 This past fall, she released two of her most personal works yet: her back-to-her-roots album “Picking Up The Pieces” (featuring a can’t-miss duet with Live Happy cover girl Dolly Parton) and her long-awaited memoir, Never Broken. We spoke to Jewel about her ups, her downs, and how her life might inspire others to find their own smile.

Live Happy: Was writing your book a way for you to set the record straight on many of the misconceptions about your life that have surfaced over the years?

Jewel: I didn't do it so much to set the record straight. I've never really had a chip on my shoulder one way or another. … I did it really because I'm very, very aware of how much people hurt in the world and I think there are things we can do about it. I think people are waiting for permission from other people to live happy lives, and the only people we need permission from is ourselves.

Live Happy: Obviously, your life is now somewhat of an open book, literally. Going back to the days when you were out struggling on your own, did you feel more guarded?

Jewel: Shame lives in silence and it drowns you. The only antidote to shame is communication, and so I just started saying everything I was afraid of, that I thought was bad about myself. I started writing songs about it and singing in the coffee shops in San Diego, and a very bizarre thing happened. People didn't laugh at me or shun me. I felt peace and they felt peace. They felt the exact same way as I did.

Really it was about the empowerment of being able to be honest about who and what you were with all of your flaws and allow yourself to be seen. If you're kidding yourself about what your fears and your shames are, you're not actually going to be able accept change in your life. I think that's a critical thing. I think people should share. I think people should have real debates about what's happened in their lives instead of being shamed and trying to hide it.

Live Happy: How has the idea of happiness changed for you as you evolved from upstart artist to successful star?

Jewel: I was just as aware when I was a kid that happiness is a learned skill, I think, and that some houses don't nurture happiness. When I moved out at fifteen, I started something called my happiness journal where I was going to figure out how to be happy, but it only makes you examine what happiness means because it's a very blanket statement. … For me I think a lot of times people think happiness is like a continent. They're like, "I found Europe, and I'm never leaving now that I found Europe." It's not like that. It's fleeting, and that's what makes it beautiful. There's nothing constant in our lives, and if you can't accept that you're going to be miserable because you have emotions in the same day that all switch between happiness and anxiety and fear and trepidation and courage.

It's the mixed bag that makes us feel alive. I like that; I can handle that. I like noticing when I am happy just doing very simple things. In my book I talk about creating a home for happiness. You have to create an environment for happiness to live in your life. You can't have a disorganized, stressful environment in a home life and expect happiness to come. I really do talk a lot about building the foundation for happiness.

Live Happy: When people read your book, will they be surprised by some of the events that made you happy?

Jewel: The highest times in my life were always simultaneously the lowest times in my life, that’s a kind of strange thing about me. The heights of my fame were actually some difficult years personally. I think that will really surprise people reading about that. I think my lows, like being homeless, were the most fertile and educational times for me. I still really draw a lot from what I learned to turn my life around. I don't have any bad memories of it, and the main takeaway for me is just that the human spirit can endure a lot and you're not broken. Your soul isn't a teacup that breaks. You're intact, and it's really learning how to let go of the wounds and the damage that's happened to you, but it doesn't break you. It's more like an archaeological dig back to yourself.

I really don't believe you're broken. I hope a lot of different survivors would read the book and agree.

Gerry Strauss is a journalist specializing in entertainment and pop-culture features. He has interviewed everyone from actress Mayim Bialik to pro wrestler Paul “Triple H” Levesque.