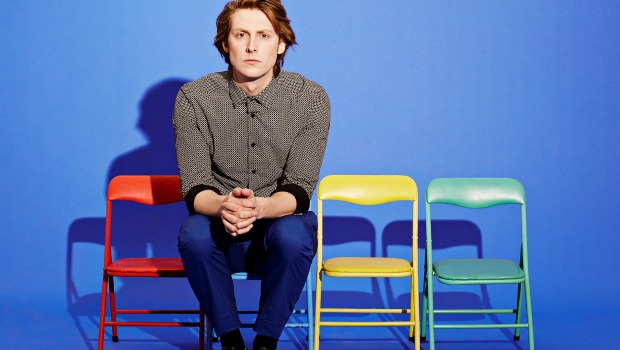 Singer-songwriter Eric Hutchinson saves up happiness for a rainy day.

In Eric Hutchinson’s business, there are lots of ups and downs. One minute you are all the rage, and the next…no one is interested. His ability to stay grateful for everything he has achieved keeps the singer-songwriter balanced in the volatile world of being a musician. This refreshing perspective and his love affair with writing and performing music, inspires his creativity and allows him to push his art into new places.

Pop that's catchy and sticks around

“I don’t really subscribe to the idea that you have to be miserable to make great music. At least for me, it’s actually the opposite,” Eric says. “When I’m not happy, the last thing I want to do is pick up the guitar and start playing. I find that my music sounds best when it comes from a place, if not [of] being happy, then at least [of] being curious, trying to analyze why I felt a certain way.”

His sound is often described as soulful pop that’s catchy and sticks around. On his first two albums, Sounds Like This and Moving Up Living Down, Eric says he was making music as therapy and using it to work through some issues in his life. But with his latest album, Pure Fiction, he took a different approach and decided to celebrate the good things.

A self-described “cynical optimist,” Eric works at focusing on the positive things going on around him. Over the last few years, he says, he has kept a running log of all the good days, and even a few good hours he has experienced, so he can remind himself of them whenever he is feeling down or lonely. He credits this exercise with helping him become aware of when that good moment is happening so he can maximize the feeling he gets and make it just a little better.

However, it’s not always easy, and, he admits, there are days when it’s hard to find the right melody or to face shows without much of a crowd. As he has gotten older, though, he tries not to beat himself up too much over the disappointments. He compares the process to fishing, and by sticking to it, he manages to catch the right sound and everything falls into place.

Music that makes you feel better

“I spend a lot of time working to cultivate and appreciate the good stuff because it’s kind of my natural tendency to skip over some of that,” he says. “That’s what my music is about…reminding me about all the things there are to be happy about. I think a lot of my listeners gravitate toward music that makes you feel better.”

And if you are having a good time listening to his music, that just adds fuel to his desire to keep doing what he’s doing. His resilient attitude toward his passion keeps him penning head-bopping pop hits like “OK, It’s Alright with Me”; “Rock & Roll”; and his newest single, “Tell the World.”

“At my shows, I pick up on the fact that it’s something fun for the fans and it’s actually something fun you can share with someone else,” Eric says. “I make sure everyone is having a good time, singing, dancing and celebrating the music.”

The payoff for Eric is singing in front of sold-out crowds and listening to everyone sing back his songs; soaking up that feel-good reverb and feeding off of the electricity. When he is in that moment, he’s sure to take a “mental snapshot” and save it for a time when he needs to shine.