A couple of years ago, Ron Sturgeon made a conscious choice to become more generous, but he never expected it would evolve into this. 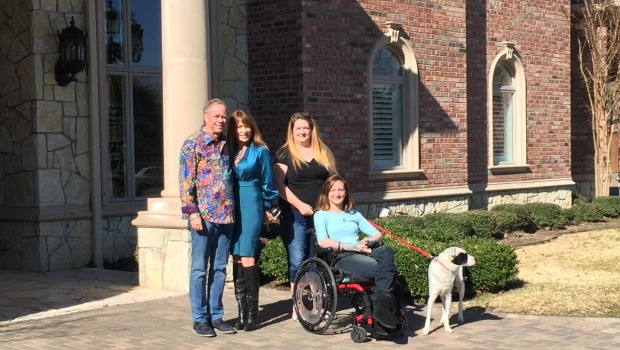 A couple of years ago, Ron Sturgeon made a conscious choice to become more generous, but he never expected it would evolve into this.

“In 2014, my resolution was to leave a 50 percent tip in restaurants,” says Ron, a once homeless Texas entrepreneur who built a fortune from the auto salvage business. “Most people think I’m crazy, but those people work so hard and don’t make enough money. They get stiffed by other customers, and when they see a big tip like that, it really makes them smile.”

Raising the bar on generosity

He credits his fiancée, Linda Allen, with encouraging him to be more giving. “It feels good and I don’t practice it enough,” he says. “But I am trying to find ways to be more generous.”

In 2016 that generosity took on a whole new meaning, as Ron found himself offering housing to four families left homeless by storms that ripped through the Dallas area one day after Christmas. The high-force EF4 tornado killed 11 people and destroyed hundreds of homes before leaving the area.

“I was in Jamaica, looking through Facebook at the pictures of the devastation and the lost dogs, and knew I could do something,” he says.

“I knew I could do something” 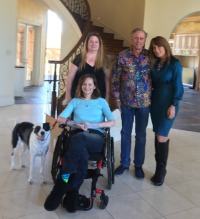 Having recently put his 10,000-square-foot mansion on the market after moving to a condo in Fort Worth, he knew he had an incredible space to offer those who had nothing. He also owns another home—about 8,000 square feet—that he recently put on the market.

“I built that second home in 2007, because I was planning on selling my larger home, but then the economy crashed,” he says. “I had a tenant in it for a few years, but it’s been vacant now for a couple of months.”

Someone who has been there himself

Ron, who was homeless when he was in his late teens and now has a net worth that exceeds $75 million, says he understands that sometimes circumstances put people in desperate situations. He wanted to provide help to some of the people affected by the storms, so he put out a call for applications for families in need who could live in his former homes—each home would house two families, one on each floor.

His office was immediately flooded with applications and phone calls. As a landlord with more than 1,000 business and private tenants, he already had systems in place to conduct background checks and process applications. Of course, such luxury doesn’t come free; Ron is charging the tenants a whopping $1 per month rent for three months. No deposit is required, but each does have to sign a lease. Ron will pick up the cost of utilities, so their only expenses will be food and necessities to allow them to focus on their futures. And since Ron is a dog lover and supports animal charities, the families can bring their pets. So far, Ron has chosen the first family and his team is sorting through applications to select the other three.

Catherine and Amber Jenkins moved into the smaller home on January 8, along with their bunny, Sylvie, and service dog, Maggie. The family lost their handicap-accessible van as well as their home in the tornado. Amber, a quadriplegic who was paralyzed in a swimming accident eight years ago, also needs her wheelchair replaced.

“They still need lots, they truly lost everything,” says Ron, who also has sent out requests for donations for the family to his list of friends and business contacts. “There are a lot of families that need help. Now we’re working on finding the other ones.”