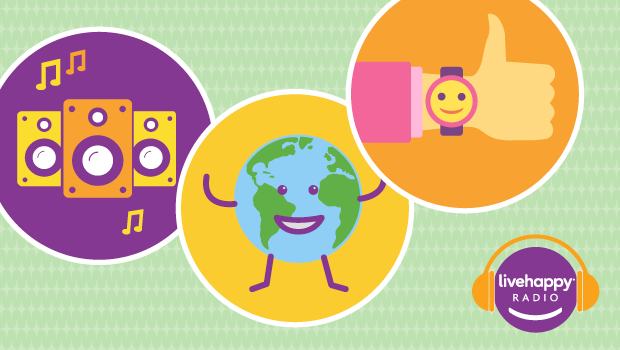 In this episode: People who get paid by the hour are happier by the minute. Most of the world is in a good mood. Next time you're not feeling well, maybe you need a playlist, not a prescription.

What’s your time worth?

If you’re getting paid by the hour, it might just be making you happier by the minute.  And that’s not just the overtime talking.

Researchers from Stanford University and the University of Toronto looked at the relationship between income and happiness, and found that it’s not just how much you make, it’s how you get paid that makes you happy. And, overall, workers who earned an hourly rate showed greater satisfaction than salaried workers.

Based on this outcome, they determined that hourly wage earners made a direct correlation between time and money, which allowed them to create a sense of how much their time was worth.

Read these tips on becoming happier at work.

Good news, world: You’re in a good mood! Well, most of you are.

That’s what Gallup's 2017 Global Emotions Report found, anyway. The survey, which covers more than 140 countries, looks at the positive and negative daily experiences of people around the world. It found that, in the 24 hours prior to taking the survey, 70 percent of respondents had experienced enjoyment, smiled or laughed at something, felt well-rested and had been treated with respect.

Countries with the highest reported positive experiences once again were in Latin America, with Paraguay and Costa Rica topping the list. The highest negative experiences worldwide went to Iraq and South Sudan. Interestingly, although Iraq reported the most negative experiences, they weren’t the most stressed about it; Greece took the top spot for stress with 67 percent of respondents saying they experienced “a lot of stress” the day before. Experts say it likely has something to do with the more than 20 percent unemployment rate.

Who is the happiest country in the world? Find out here.

Next time you’re not feeling well, maybe you need a playlist, not a prescription.

Some of the recent findings about the positive effects of music on the brain are leading the biotech company Sync Project to look at how to customize music as medicine.

Working with both scientists and high-profile musicians, they’re applying research that shows music affects some of the same neural pathways in the brain as pharmaceuticals. Sync Project is developing a technology platform that would use music as a healing tool and allow the treatment of several conditions without drugs such as psychostimulants.

Among the scientifically proven applications for music are pain management, stroke recovery, lowered anxiety, reduced levels of cortisol and lower blood pressure. Plus, the only side effect is a killer beat.

Learn more about the impact music has on your health and well-being.