Allison Janney, who stars in the new movie about Tonya Harding, takes time out from working to talk about her relaxation routines. 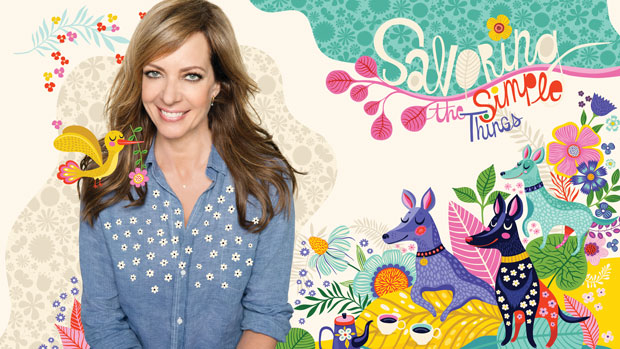 The actress finds her Zen through meditation, dog-walking and being kind to herself.

Award-winning actress Allison Janney’s jam-packed days are spent commuting to the Burbank, California, set of the CBS hit comedy Mom, memorizing lines, racing to and from wardrobe fittings and delivering fast-paced humor and sarcasm as the joyful yet slightly cynical recovering alcoholic Bonnie Plunkett.
Her role in Mom—now in its fifth season—has scored her two Emmy Award wins to add to her five victories from roles in The West Wing and Masters of Sex. The past year also marked Allison’s return to Broadway in the revival of John Guare’s Six Degrees of Separation, and her name has come up as an Oscar contender, and she won the Golden Globe Award for her gritty portrayal of LaVona Golden, the tough-as-nails mother of Olympic figure skater Tonya Harding in I, Tonya. 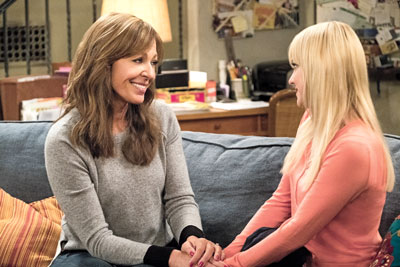 “I’m like any other working adult. There’s a lot to juggle,” the Ohio-raised actress says in a thoughtful cadence that’s slower and softer than her Mom character’s rapid-fire volleys. Away from her diverse professional projects, Allison is a loving and devoted daughter, sister, aunt and friend. She makes sure her busy days begin and end on a positive note, walking her three Australian cattle dog mixes, Addie, Dutch and Sippie.
“My dogs are my positivity role models. They really are,” Allison says. “I hug them and snuggle them and that instantly makes me happy.”
Time spent walking them is “a nice time for meditation and checking in with the world and myself,” she says. “Dogs love us regardless of accolades, size of a paycheck or if you’re having a good hair day. All three are rescues, and I’m so grateful I adopted them. Animals are a game changer for our spirits and souls.”

Despite being pulled in several directions at once, Allison exudes a calm that naturally encourages those around her to stop and catch their breath.
A simple shift in her daily routine—having a friend help her organize her schedule—has made the demands of everyday life “much more manageable.” She’s also started deliberately slowing down with the help of meditation.
Allison admits that a Zen state of mind and body wasn’t always part of her fabric. “I’m a control freak and a worrier who overthinks things,” she says. “I’m also a people pleaser by nature so I worry if I’ve been a good enough listener to a friend or been thoughtful and open enough in an interview.”
Her penchant for pleasing didn’t leave much room to shine the same considerate light on herself, but she’s been working on that the last two years. “I made a commitment to be more aware of what makes me happy and to reflect on what I want to do. I was—and still am—focused on what I can do to make someone else happy, but I gave myself the gift of taking time to also listen to myself, honor my thoughts and wishes and not put myself by the side.” She explains further, “It’s not always comfortable to accept, but I’ve learned taking care of myself, and sometimes putting myself first, isn’t selfish. It will make me happier than ever before because I’ll be in a better place mentally, emotionally and physically.”
Paired with multiple weekly Pilates sessions and workouts with a trainer, meditation is a key part of Allison’s daily schedule. Just sitting and breathing in a quiet place at home helps her let go of anything she’s overthinking or worrying about. “I don’t think I’m very good at it because it’s hard to clear your mind,” she says. “I don’t know that you can ever completely do that. But I feel so much better after I’ve meditated for 15 minutes.” 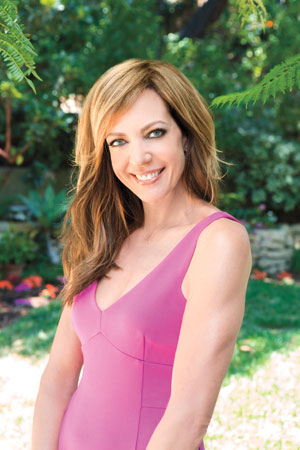 There are also those days when finding even 15 minutes to meditate seems impossible. “You can always explain away not taking time out for yourself,” she says. “We all have so many rituals. There are responsibilities for others, family, pets and work. Who has time just for themselves?”
Technology has been a powerful tool to help her adopt a calmer mindset. “I have lots of apps I use often,” she says. Some of her favorites include Buddhify, Insight Timer, Happify, Headspace and Simply Being. “I’m trying very hard to always be in the moment and, ironically, sometimes even my smartphone can help me do just that!”
But social media is a different story. Allison said the steady stream of Facebook updates started to affect her personal outlook, so she hasn’t been checking it for almost a year. “I had to stop being voyeuristic because it was making me feel bad that I don’t have what others have—or appear to have. You never really know what’s going on in someone else’s life, but seeing the newsfeed of only what others want you to see, without seeing the whole picture, can be too much. Instead, I now focus on finding my own happiness and being happy with things that happen in my real life, not on social media.”
That includes criticism and unpleasant exchanges. “I try to look at everything, even adversity, as a gift. Instead of worrying and ruminating, I’ll say ‘thank you’ to the world and look at what I can learn from the experience to grow and make myself better,” she explains. She also relies on loved ones. “The people who love me and believe in me are who I go to to remind me what’s good about me and what’s important and not important,” she shares. “My mom is great at helping me keep my head up to focus on what matters.”

Part of Allison’s unique recipe for simplifying her life includes tackling unconventional roles. Whether performing live, singing and dancing on Broadway, voicing animated characters in Finding Dory and Minions, or in her breakout television role on the hit political drama The West Wing, Allison says some of her favorite performances are those portraying characters that “are the most screwed up or that take me the furthest from my wheelhouse and comfort zone.”
“In some ways, I find when I’m playing a character that is the least like me or that’s flawed and messed up, the more interesting and fun the job is. I think it’s harder to portray normal or well-defined.”
Performing on Broadway has given Allison some of her scariest moments as an actor. “Being in the original Broadway cast of [the musical] 9 to 5 in 2009 with ‘real’ Broadway singers was well outside my wheelhouse and scared me to death,” she says. “I was out of my league being on stage with Megan Hilty and Stephanie Block.” That fear propelled her to an acclaimed performance that earned her a 2009 Tony Award nomination for her role as Violet Newstead. 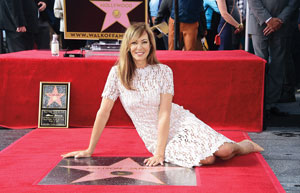 Returning to Broadway in 2017 wasn’t easy, either. However, Allison once again rose to the occasion. “On Broadway, you perform at night and that’s when I’d come alive,” she says. “I realized right after the day’s performance ended was when I could stop and relax. I’d savor those moments.”
Her most recent feature film, I, Tonya (released December 2017), also stretched Allison’s artistic muscle. Interestingly, Allison was a competitive figure skater into her teens until she nearly lost her leg crashing through a plate-glass window. Her life-threatening injuries ended her skating career.  “I dreamed of being an Olympian, but in reality, my career would have ended anyway because I didn’t have the talent to achieve that level of greatness,” she says.
However, when her longtime friend, screenwriter Steven Rogers, wrote the part of LaVona Golden, mother of disgraced Olympian Tonya Harding, with Allison in mind, her years spent on the ice helped her prepare for the role.
“When I met Allison more than 30 years ago when we were both students, I saw that unbelievable and powerful emotion she brings to her performances,” Steven says. “But beyond her amazing talent, she’s a truly beautiful person who brings such generosity and a giving spirit to her friendships. You can’t help but love being around her.”
“When [Steven] called and gave me a description of this mother in a half-molting fur coat with a bird on her shoulder, I couldn’t wait,” Allison explains. “Neither Steven nor I were able to speak with or see LaVona, so this is a character creation of Tonya’s version of her mother and our artistic license.
“I approached the role much like I do the rest of my life these days, even though I worked with a live bird perched on my shoulder who from time to time was poking at my ear,” she says with a smile. “It’s outside of my personal norm and comfort, which helped make the role enormous fun. And at the end of the day, I’m so lucky to have a job that’s fun and allows me to grow as a person and actor. Now there’s something to think about!”

Gina Roberts-Grey is an award-winning journalist who has written for Family Circle, Self and Essence among other publications. Her last feature story for Live Happy was a profile of Anna Faris.