Every Day is a Blessing for Bellamy Young

Scandal, A Wrinkle in Time star relishes life in the present. 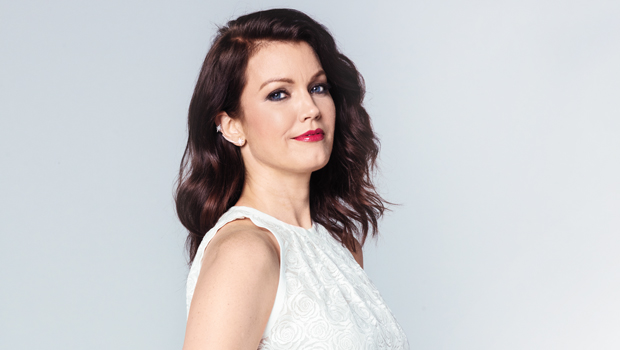 Scandal, A Wrinkle in Time star relishes life in the present.

For seven seasons, Bellamy Young has portrayed power-hungry-yet-vulnerable Melody (Mellie) Grant—the first female president of the United States—on the hit ABC drama Scandal. She has weathered the emotionally charged character’s numerous heartaches, losses and emotional despair, as well as the exhilaration of assuming the country’s highest office—in precarious heels. Unlike her character, however, Bellamy prefers a quieter life that includes living with intention in the present moment, finding calm through meditation and giving back with kindness and compassion.

Living in the Miraculous Present

“Whether it’s a sound I hear or an emotion I feel, I try hard to be aware of the present moment and enjoy the gift of life,” says Bellamy, while curled up on her couch with her beloved Chihuahua, Bean. “This plant in my living room isn’t just decoration. If you really look at it, it’s a most miraculous experience of life. That’s true of animals, people, tragedy and fear. They’re all gifts to be cherished and experienced fully.”

This attitude includes enjoying and appreciating her flourishing career. In addition to her meaty role on Scandal, Bellamy appears this year in Disney’s feature film A Wrinkle in Time. An accomplished singer, she has performed to acclaim in numerous Broadway productions, including Stephen Sondheim’s Merrily We Roll Along, and in 2015 she recorded her debut album, Far Away So Close.

A New Way of Thinking

Before graduating high school in Asheville, North Carolina, where she grew up, Bellamy discovered meditation. Although she didn’t necessarily understand the formal practice, she was in search of a change in mindset and a positive attitude. She began by taking long walks, which allowed her to be with her thoughts as she soaked in every nuance of the world around her.

“Nature was a quiet space that allowed me to turn inward. When that came into my life, I could feel the energetic state I wanted to keep myself in.”

Later while attending college at Yale University, Bellamy amped up her study of practicing active compassion and living in the moment through meditation. Now she continues her mindfulness practice even while working, “or at the supermarket or the vet this morning,” she explains. “We’re in a state of being tucked in phones and screens. But it’s remarkable to experience a moment blossom between two people who are awake and alive together and interacting. Even if it’s about the weather or the grapes you’re buying that day.”

When she is acting, Bellamy seizes the opportunity for connection. “My job as actor goes beyond learning lines. It is also to quiet my mind and open my heart to connect with my scene partner.”

After nearly two decades of guest-starring and having recurring roles on television and appearing in movies, Bellamy, 48, was cast in the daunting role of first lady and then President of the United States on Scandal. “It’s such an honor to inhabit Mellie and see her through all the ups and downs, especially because through it all, she’s shown she’s strong, resilient and determined,” says Bellamy. “And to be able to connect with fans via social media is amazing. I love each and every one of our ‘Gladiators.’”

But no matter if she’s starring as one of the most powerful women in the world on one of television’s most popular dramas or has just one line as an actor, Bellamy maintains the same perspective. 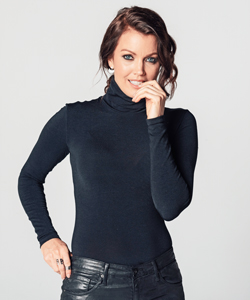 “We’re in a state of being tucked in phones and screens. But it’s remarkable to experience a moment blossom between two people who are awake and alive together and interacting. Even if it’s about the weather or the grapes you’re buying that day.”

“It’s so good for the soul when you look beyond those big, sweeping exciting times that might take your breath away, but enjoy the mundane moments like when you’re cooking dinner and a pet runs past you. Or you have the chance to see a neighbor as you’re both checking your mail. Those little moments when you can actively connect and love each other is a great kindness,” Bellamy explains. “It opens your heart and causes a ripple effect that makes you want to do one more good and kind thing.”

As an adoptee, Bellamy says trying to live with a heart full of compassion, love and gratitude is deeply rooted in her soul. As she sees it, she was the recipient of two powerfully compassionate gifts long before she understood their impact.

“I think both sides of adoption are blessings. I’m grateful my biological mother knew it wasn’t right for her to keep me at the time and she did the selfless and loving act of giving me up. And then I had these wonderful parents who, after a very long journey to have children, decided genetics wasn’t an issue and welcomed me into their home.”

And every day, she lives with the purpose of paying that compassion forward to foster civility in the world. In 2016, Bellamy endowed a scholarship at her alma mater. “I was a big scholarship kid at Yale. And now, because of this wonderful job I have, I can experience the joy of opening the door to the whole world for others. Thanks to Shonda [Rhimes, creator, writer and executive producer of Scandal], I got to do something I’m so proud of.” She is also a huge champion of rescue animals, partnering with charities such as Best Friends Animal Society, Operation Blankets of Love and The Humane Society.

But Bellamy isn’t looking for a pat on the back. “I believe in the butterfly effect (one small change can have large effects elsewhere). And if my legacy is quiet but means that I helped someone feel better about themselves, believe in themselves more or want to put more love in the world, I’d die so happy.”

In addition to giving back and valuing what life offers, Bellamy appreciates small but meaningful tokens of gratitude. “I’d love to see thank-you notes make a comeback. They’re the loveliest things,” she says. And while she believes it’s important to thank someone for a gift or invitation to dinner, she relishes surprise, handwritten—versus texted or emailed—thank-yous. “How lovely to send a note to the second-grade teacher you think doesn’t remember you and explain how she made you love math and as a result today you’re an engineer or math teacher.”

She says pausing to acknowledge the impact of others isn’t just good for the note recipient’s spirit. “It’s so beautiful for you, too. To have that moment of gratitude can be so healing for your outlook and attitude.”

What the Future Holds

As for life after Scandal, which is coming to an end after seven successful seasons, Bellamy is resolutely positive. Her journey has been less dramatic than that of Mellie Grant, though she has certainly experienced her own share of heartbreak and loss, including the death of her adoptive father at an early age. Through it all, she retains a caring, compassionate view of others and of a life lived in the present.

“When you live through those painful moments, you really are instantly grounded in the present and become aware of the brevity of this gift of life,” says Bellamy, who instead of facing her waning days of life with Mellie (and Olivia, and Jake…) with a heavy heart continues to enjoy every moment on set among the show’s cast and crew.

“Living in the present in an open way is what sets me free of stress, negativity and turmoil,” she adds. “I know we are only here for a little while. And I want to enjoy every single second of my time here.”