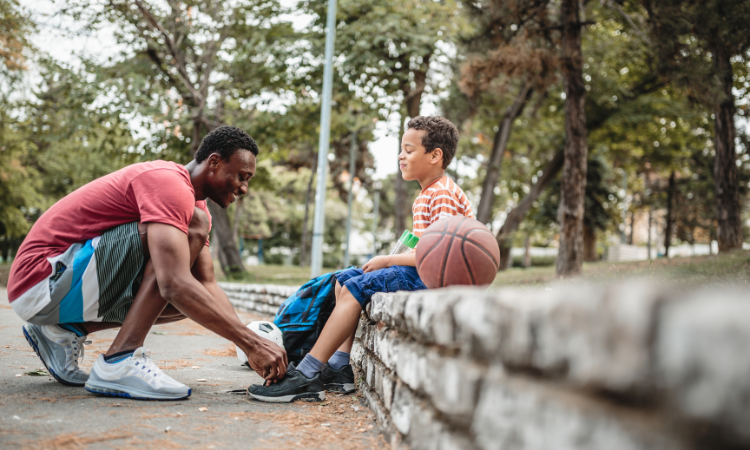 Father’s Day offers a time to reflect on both fathers and father-figures who have helped to shape our lives. It’s a wonderful time to reflect on all of those who went the extra mile for us, and whose actions and words are etched into our memories. So often we recall specific gestures and times in the form of things said at special turning points of our lives. Whether we like it or not, emotions often rule our lives and relationships.  But it can be challenging to see them clearly and express them wisely, especially when we need to most.

I wrote Emotional Shorthand: 2500 Greatest Self-Help Quotes and Life Insights because quotes from others help express memories and emotions which can be difficult to express on our own.

A longtime friend Andrew Nikou writes that “Stories always share a part of time,” and a Gaelic proverb reminds us that “A thing is bigger for being shared.” I hope these quotes below can help you to re-connect and to share your thoughts and stories with someone special to you, whether in a greeting card or conversation—or both.

“My father gave me the greatest gift anyone could give another person: He believed in me.” —Jim Valvano (1946-1993), American college basketball player, NCAA National Champion coach, and broadcaster.

“There are only two lasting bequests we can hope to give our children. One of these is roots, the other, wings.”—Johann Wolfgang von Goethe (1749-1832), German poet, playwright, novelist, scientist, and statesman.

“If you want your children to turn out well, spend twice as much time with them, and half as much money.”—Abigail Van Buren (1918-2013), American columnist and radio show host

“What kind of blessings will your children and grandchildren have because you did the right thing, even when it was hard?”—Joel Osteen (1963-present), Pastor

“No one cares how much you know, until they know how much you care.”—Theodore Roosevelt (1858-1919), 26th President of the United States

“Your time is the greatest gift you can give someone.”—Proverb

“It’s not what happens to you, but how you react to it that matters.”—Epictetus (50 CE-135 CE) Born a slave and crippled by a slaveowner in Turkey, he eventually found his way to Rome as a philosopher, and was granted freedom.

“You can’t stop the waves but you can learn to surf.” —Joseph Goldstein (1944-present), American teacher.

“If you want a rainbow, you have to deal with the rain.”—Augustus Caesar (63BCE-14CE), Father of the Roman Empire

“A good coach can be a second father. He’s a mentor and a friend who turns boys’ hearts. He takes all the blame and knows he can expect very few rewards. He’s a man who knows that a boy needs someone he can look up to. A boy remembers his coach all his life.”—David M. Hendricks (1943-present), Father, teacher, coach, and mentor.

“Don’t underestimate yourself. You are more capable than you think.” —Sue Bird (1980-present), American-Israeli athlete, widely regarded as one of the greatest female basketball players of all time.

“If it’s not important, let it go.”—Hill McAlister (1958-present), Former President, The Rotary Club of Nashville

“Hire a teenager while they still know everything.”—Bumper Sticker

“Don’t talk about yourself. It will be done when you leave.”—Wilson Mizner (1876-1933), American playwright and entrepreneur.

People are often sustained in life when they hear from those they love, and a special proverb teaches us: “A grateful heart is a magnet for miracles.” Or, as Cicero once wrote in ancient Rome: “Gratitude is not only the greatest of all virtues, but the parent of all others.” Thank you for being here, and Happy Father’s Day to you and yours.

D. Earl Johnston, a former world champion sailor, is a writer, researcher, and public speaker with deep interests in understanding emotions and behavior. Currently managing director of a financial litigation consultancy, he has written extensively on domestic finance and international economics for publications including Law360, Legaltech News, Thomson Reuters and Advisor Magazine.