Yoga on the Go

Yoga rooms are popping up in, of all places, airports. A perfect place to relax! 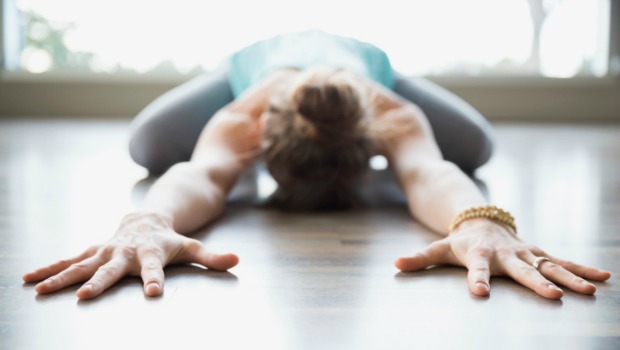 Harried travelers who prefer to chill out in chaturanga instead of at the bar can now breathe a deep, restorative sigh of relief at a growing number of airport yoga rooms.

"I definitely have found myself going to the bar and having a glass of wine," Ritu Riyat, a yoga instructor and life coach who has used airport yoga rooms, told The New York Times. "With yoga, I don’t need to have that glass of wine."

Airport yoga rooms have taken off since San Francisco International Airport launched the first one in 2012. Now at least four U.S. airports have yoga rooms. One recently opened at Heathrow in London and its operator plans another in Hong Kong, the Times reported.

Calm amid the storm

Because though vacations may be restorative, travel itself is stressful (especially business travel). Planes run late, people run late, and on top of that, many of us have a fear of flying. Perhaps that's what makes an airport the perfect place to stop what you're doing (if you have time—perhaps time you didn't know you were going to have) to stop for a moment of peace and mindfulness.

"Yoga's probably a lot healthier than trying to quell the stress at an airport bar," Henry Harteveldt, a travel industry analyst, told the Times.

Read more about the health benefits of yoga.

Where to find airport yoga rooms:

Dallas-Fort Worth: Yoga studio, near Gate 40 between Terminals B and D.