Love Him to the Max

People looking at a family with special needs often focus on the difficulties.But little moments and milestones can bring incredible joy.

The unexpected joys of raising a child with special needs

It's 7:15 on a Saturday morning and my son, Max, is sitting in bed with me, watching Disney Junior and snorting. (He has allergies.) "Ih-hoo NOW!" he says. (Translation: "Tissue now!") I'm not psyched to roll out of bed and grab a tissue. And yet I smile, because I'm impressed: Embedded in his request are a whole lot of wonders. Max is communicating, trying his best to articulate words. He is expressing a need. He understands the immediacy. Then he blows his nose. "Good job!" I say, and I mean it; until a few years ago, he didn't get how to do that.

Booger control isn't something that typically gets parents excited. "Able to expel snot" isn't a milestone you'll find listed on any child development website or in those What to Expect books. Yet as the mom of a child with cerebral palsy and intellectual disability, for me this is an exciting moment. I relish them all—even the seemingly icky ones.

Max had a stroke at birth (yes, babies can have strokes) that resulted in brain damage. Doctors didn't give my husband and me much hope; they said Max might never walk or talk, and that he could have significant cognitive impairment. Max was in the NICU for two weeks, and the months that followed were the grimmest ones of my life. Why had this happened to my baby? I didn't want to talk with friends. I wept a lot. 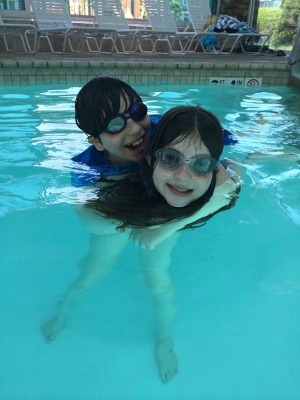 But Max, well, he didn't know from despair. He smiled at 2 months old, right on time; kept up the good cheer; and generally tried the best he could. We got him a ton of therapy to help with movement and speech; cerebral palsy messes with your muscles, making even activities like chewing or waving a challenge. Every single bit of progress was cause for celebration: Max grasped a block! Max made a babbling sound! Max stood while holding onto the sofa!

One night, my husband and I took Max out to dinner when he was about 18 months old. We placed the car seat on the table so we could speak with him; the speech therapists told us to talk with him as much as possible. I gave him a roll to hold onto. A couple minutes later, Max flung it onto another table. "YEAH!!!" I exclaimed, thrilled that he had maneuvered his arm like that. The couple at the adjoining table glared at me, most likely thinking I was the rudest mom in the universe. How could I explain?

A different set of milestones

By the time Max was 2 years old, he was commando-crawling around the house like an army solider. His arms weren't strong enough to hold him up, but he was determined to move his body however he could. At 3 years old, he toddled across his room and into my arms.

Hitting a milestone like walking seemed miraculous, yet Max's smaller achievements also put me on a high. Not only were they reassuring, they kept me grounded. Of course, I wanted Max to do the major stuff typically developing kids did: to speak words, ride a bike, read. Yet hoping too hard and too much only left me anxious; taking heart in the mini-milestones helped my spirits progress.

One of the toughest parts of being a mom of a kid with special needs is letting go of your fantasies about what life as a parent was supposed to be like and finding your new happy. The passage of time helps, as does the realization that being a mopey mess does your kid no good. For me, blogging has become an amazing outlet to express concerns and inspire other moms. The occasional cathartic cry in the shower also comes in handy.

Max is 11 now, and as good-humored as ever (every therapist, doctor and specialist who meets him falls under his spell). He walks really well, and rides an adaptive tricycle like a speed demon. He has challenges using his hands, but does the best he can. He talks in his own way, and although I know what he's saying, it's hard for others to decipher. So he has a speech app on his iPad that he uses to speak words for him, and he's downright masterful at navigating it. He's bright—he has started reading and does basic math. He is on his own timeline, and I am in no rush.

Max's favorite song is "Happy" by Pharrell Williams. When he hears it, his face lights up, and he literally does a happy dance. It is impossible not to get a lift when he does it. Yes, it's über-cute, but this is also what I see: Max is moving his feet in rhythm to the beat! Max is raising both arms in the air! Max is singing along!

As always, there is so, so much to be happy about.