The president of the International Positive Education Netowork (IPEN), Sir Anthony Seldon has a new book about happiness and new ideas for how to teach character and not just academics in the classroom. 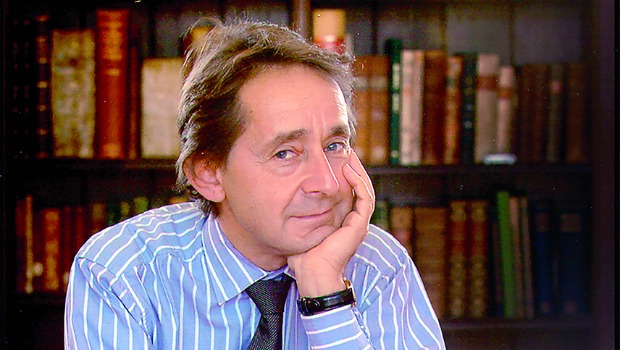 A schoolmaster takes positive education from the classroom into the wider world.

Sir Anthony Seldon is often described as Britain’s best-known schoolmaster. He’s a pioneer in education, biographer to three prime ministers, an author or editor of more than two dozen books and a knight of the realm. He’s also witty in a disarmingly quirky way.
Answering the phone he asks, “Is this Michelle Obama?” “Sir Seldon, I’m calling with Live Happy magazine,” I say. “Oh. Mrs. Obama is the only American I know. But please do call me Anthony,” he responds. His light-hearted tone quickly turns more serious when the topic turns to his hopes for the newly organized International Positive Education Network (IPEN), which he leads as president.

A new way of looking at education

“I think the world over, we are seeing schools and colleges which are squandering the potential for the development of young people—of their characters, their personalities, their humanness—because they are saying the only thing that matters is the passing of exams and tests, and this is at best a shame and at worst a disaster and travesty,” Anthony says from his office at Wellington College in Berkshire, where he serves as headmaster.
“It’s also based on a complete failure to understand that it isn’t a case of either teaching for tests or teaching for personal growth and happiness; if you teach for happiness and growth and character, you’ll get better exam results because you’ll be developing their intrinsic motivations rather than extrinsic motivations. They’ll want to learn and flourish because of their own inner wishes rather than the fear of the teacher or of punishment.

The development of character

“So it couldn’t be more important that IPEN is active across the world because we have to fight this cruel ideology, which is subverting lives of young people, allegedly in their interest, but actually in the interest of governments, which are petrified of their countries doing badly [in terms of student test scores],” he says. “Aristotle made it very clear: Education is about the development of character and character strengths, as well as scholastic education.” IPEN’s goals are to support collaboration to promote positive education, change education practice and reform government policy.
Check out IPEN's list of favorite books about character and positive education.

Anthony, who holds a doctorate as well as the titles of fellow of the Royal Society of Arts and of the Royal Historical Society, has written biographies of prime ministers John Major, Tony Blair and Gordon Brown. His latest book, Beyond Happiness: The Trap of Happiness and How to Find Deeper Meaning and Joy, published in March by Yellow Kite, aims to help readers achieve “inner transformation,” he says. “Many people get by, but they don’t live life that is nearly as profound, meaningful, engaged, satisfying, human or indeed spiritual as it could be. And the book is trying to show people how to do that, based on my own experience.”
Anthony, who plans to leave Wellington next year after a decade as headmaster, remembers a parent asking him early in his tenure what he most wanted for students. “I want them to be happy,” he responded. He introduced happiness and well-being courses the same year. Since then, Wellington has become the most improved school in Britain. Its ranking among the roughly 3,000 schools in the nation has improved from 256th to 21st, based on scores on exams students take when they leave school at age 18.

Getting with the program

The program encompasses physical health, positive relationships, perspective (or building a “psychological immune system”), engagement in the things one does, living sustainably in the world, and finding meaning and purpose.
Wellington also offers very popular courses for parents, with topics that have included managing anxiety, active and constructive responding, and “the magical state of engagement,” Anthony says.

An education in happiness

Instruction in happiness and well-being can benefit children of all ages, as well as adults, agrees James O’Shaughnessy, who heads the IPEN steering committee and is the founder of the not-for-profit Floreat Education, which aims to help children flourish through character development and academic achievement. James says positive education isn’t new, and it is being offered in various forms and places around the world. There’s no single best approach, but it is important to bring together and present the different voices and perspectives, which is where IPEN comes in.
What will success look like for IPEN? “We joke that we won’t settle for anything less than world domination,” James says. Anthony’s hopes are no less lofty, and this time, he’s not joking. “If people at every school, college and home start living lives which are more holistic, harmonious and happy, then I think at that point, IPEN can close down because we’ve done our job.”
(Visited 47 times, 1 visits today)
Popular Articles