The Flow in All of Us 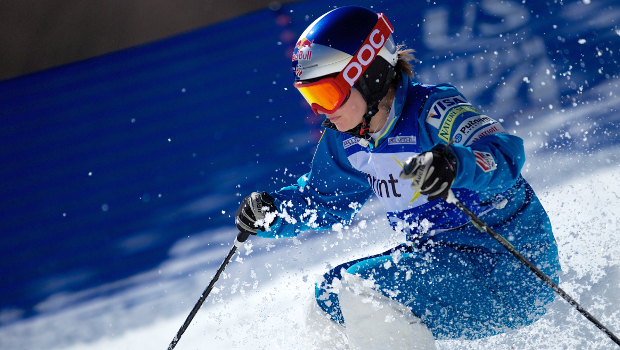 For decades now, scientists have found that being in flow translates to accelerated performance, a shortcut on the path to mastery. Creativity, learning and progression move at warp speed when a person is in flow.

Some say coders on flow built the Internet. And that any time a game is won in overtime or a major breakthrough occurs in the sciences or the arts, flow is at the heart of it.

“We have known for over 50 years that flow is the state of consciousness where we feel and perform our best,” says Steven Kotler, the director of research for the Flow Genome Project, based in Austin, Texas. “But we haven’t been good at accessing flow. If we can decode how people are finding flow, then we can find the answers to society.”

Steven, who’s an award-winning journalist and a lifelong skier, started researching flow decades ago by talking to scientists who, he realized, studied flow but didn’t often experience it themselves. Then he’d speak with action sports athletes who got into flow on a daily basis without even trying to.

“I’m talking to these athletes and I started thinking, wow, they have flow-hacking tips,” Steven says. “Today’s adventure athletes are the best flow hackers we’ve ever seen. They’ve become masters.”

Steven has written a book on this subject called The Rise of Superman, which will be published in March. The book documents some of the world’s top action sports athletes—including skier JT Holmes, surfer Laird Hamilton, snowboarders Travis Rice and Jeremy Jones, and others—and how they access flow.

To achieve flow, most researchers agree that you need a few internal elements: clear goals that are challenging but within reach, uninterrupted concentration and immediate feedback.

In his book, Steven interviews Dr. Robb Gaffney, a former professional extreme skier who now works as a psychiatrist, with his office at the base of California’s Squaw Valley ski area.

Robb, a scientist and an athlete, is both a student of flow and a master of it.

“Being an athlete has helped me understand the flow states of athletes and perhaps flow states people achieve in other situations,” Robb said recently. “Most folks in my field have never experienced flow by carving down a steep mountainside, but it’s very likely they’ve found it while doing different things.”

That perhaps, is the most important thing to know, and a sentiment that most flow researchers agree upon. Although certain athletes seem to have found the doorway into flow, you don’t have to go skiing off a cliff in order to find your way there.

“I believe flow states come from a myriad of different situations,” Robb says. “The bulk of flow experiences on the planet might exist outside the athletic realm. The fact that I’ve had just as many flow state experiences while working in my office as I have had on the snow—those 60-minute sessions that seem to last two minutes—makes me realize that flow doesn’t need to be triggered by my sport.”

Steven says it’s a mistake to believe that flow only comes from physical risk. “You get a tremendous amount of flow in business or at start-ups,” he says. “There are a lot of mental, social and financial risks. High consequences drive people into flow, but you can replace the physical consequences with mental and social risks.”