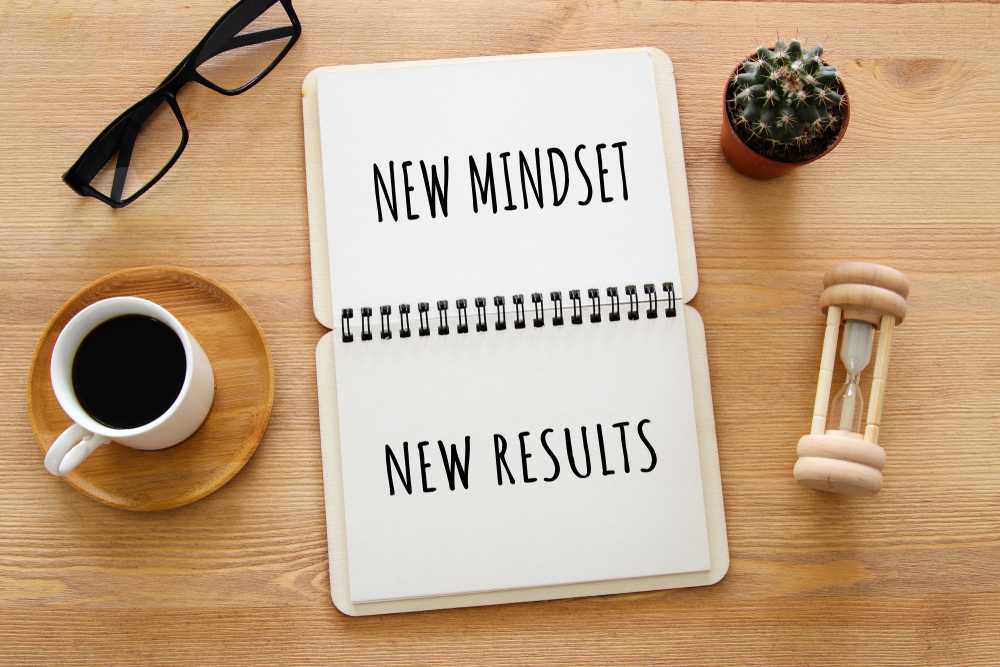 Driving home from a family gathering or a dinner with friends, you might conjure up a being who looks like you but behaves differently. He or she was more gregarious at the party, slower to anger at a sister-in-law’s snarky comments and assertive when a colleague offhandedly dismissed a solid proposal.

Pretty much all of us, psychologists say, harbor visions of a new and improved version of ourselves. “A vast majority of people want to change at least some aspect of their personality,” says Nathan Hudson, Ph.D., a researcher at Southern Methodist University in Dallas. A study he co-authored found that when it came to tweaking personality traits, 87 percent of participants wanted to become more extroverted while 97 percent said they’d like to increase their conscientiousness.

Not very long ago, experts would have said that those hopes were nearly as futile as the wish to be two inches taller. A concept of personality called the “Big Five” emerged in the 1970s, developed by researchers at the National Institutes of Health, the University of Michigan at Ann Arbor and the University of Oregon.

According to this model, an individual’s personality is a blend of five core dimensions. These include the two traits that Nathan mentions above: extroversion (outgoing, talkative, sociable) and conscientiousness (organized, disciplined, trustworthy). The other three dimensions are agreeableness (compassionate, kind and friendly), openness to experience (creative, curious) and neuroticism (people low in this trait are calm and confident while those on the other end of the scale are prone to anxiety, anger and depression).

A growing body of research is leading experts to revise the view that these core traits are rooted in genetics and mostly fixed in adulthood. The longest-running personality study ever undertaken, for example, shows that our personality changes dramatically over our lifetime. In 1950, researchers at the University of Edinburgh rated some 1,200 14-year-olds in Scotland on six personality traits, from self-confidence to perseverance. Six decades later, the researchers tracked down and reassessed nearly 200 of those original participants. Their findings: Thanks to small incremental changes over the decades, there was no significant correlation between the traits people had as teens and the ones they displayed as seniors. In other words, they were dramatically different individuals at 77 than they had been at 14.

Those findings don’t surprise psychologist and adult development pioneer Susan Krauss Whitbourne, Ph.D. In a landmark study, she followed a single group of women and men from their years as undergraduates well into middle age. As she notes in her book, The Search for Fulfillment: Revolutionary New Research That Reveals the Secret to Long-Term Happiness, our robust ability for change doesn’t carry a “best by” date. “At any age, anyone can feel fulfilled, can create a sense of meaning, and, essentially can find happiness—no matter what their level of satisfaction was in their youth.”

In a personal example, she recently left the rambling home she lived in for 33 years in Amherst, Massachusetts, and moved across the state to Boston to join the faculty at the University of Massachusetts Boston. “I wanted something new,” she says. “Moving out of my house was agonizing, but also very liberating.”

Susan adds, “The great thing is that when you start to tinker with the behaviors that bother you, you’ll start to change the way you think about yourself. Your narrative goes from ‘I’ve always been a worrywart,’ which is high on neuroticism, to ‘I can feel relaxed if I want to.’ Seeing yourself in charge of your personality rather than being run by it may be the key to having your personality suit instead of define you.”

One of the clear findings in Nathan’s recent research at the University of Illinois with fellow researcher Christopher Fraley is that small changes can have big payoffs. Yet, “It’s not sufficient to merely make an intention to change a personality trait. People have to actually change their behaviors, week by week, with small, realistic and attainable goals.”

How to Get Started

1. Look forward to looking back. “Live your life when you’re young as if you’re looking back on it when you’re old,” Susan advises her students. The same thing holds at any point in your life. Five years from now, you’ll be glad you decided to put more effort into your marriage, signed up for that watercolor class or gave online dating a chance, whatever the outcome.

“People think the only way to change is to go completely all off the rails,” Susan says. “But ‘change’ with a lowercase c can be easier to wrap your head around and surprise you in how much it impacts your happiness.”

2. Find your motivation. “You can’t prioritize everything,” says Alice Boyes, Ph.D., author of The Healthy Mind Toolkit: Simple Strategies to Get Out of Your Own Way and Enjoy Your Life. “It takes cognitive effort and discipline to make a change from whatever comes most naturally to you, so find the bigger reason for making a change, like stronger relationships or a more satisfying work life.”

“People devalue incremental improvements,” Alice says. “But what I call micro-steps might completely solve a problem and have a big impact on your happiness.” Feeling distant from your spouse? If you spend 180 minutes a day together, make a commitment to devote just 10 percent of those moments—18 minutes in all—to being more emotionally connected. Turn off the TV, put away your smartphones and engage in a conversation about something other than politics or household chores. “Over time,” she says, “that can really lead to a relationship that feels closer.”

3. Get real with yourself about what you’re willing to do. Consider obstacles when you’re forming a plan for, say, losing weight or eating healthier, Alice says. Saying you’re going to eliminate all white foods from your diet is unrealistic when your favorite dish at the corner bistro is linguini with clam sauce. You might, however, be willing to replace white bread with whole wheat and experiment with different types of pasta, like brown rice or quinoa, when you’re cooking at home.

4. Respect your temperament. “Acting out of character can have a depleting effect on us,” says Cambridge University psychologist Brian Little, Ph.D. That’s true whether you’re a natural-born introvert trying to behave more gregariously or you’re attempting to temper a combative personality.

Brian’s advice is to seek out what he calls “restorative niches,” where you can allow your inborn temperament to roam free. A self-described “lifelong introvert,” Brian sometimes gives daylong presentations. By the end of the morning sessions, he’s feeling depleted and over-aroused. To recharge for the afternoon sessions, he declines invitations to lunch with colleagues and instead spends the hour taking a recuperative, solitary walk.

5. Accept that you’ll experience a mix of positive and negative emotions. Stepping out of your comfort zone is, by definition, uncomfortable. But, says Alice, there’s power in learning to tolerate emotions like anxiety, frustration, doubt or envy. “[It] opens up a world of possibility for what you can accomplish,” she says. “Choosing the most meaningful path over the most comfortable one will help you reach your potential.”

6.  Expand how you define yourself. A rigid self-identity can cause you to underestimate the available opportunities and choices, Alice says. If you define yourself as polite and easygoing, you may not be able to imagine yourself being assertive in asking for what you want. With flexibility, you can give expression to less dominant parts of yourself—the hidden extrovert, the sometime adventurer. “Every new situation provides us with an opportunity to bring any sides of ourselves that we want to that situation,” Alice says.

Brian, in his influential book, Me, Myself, and Us: The Science of Personality and the Art of Well-Being, says there has been a “sea change” in how psychologists view the link between personality and a motivation to change. “Under this new perspective, genes influence us as do our circumstances, but we are not hostage to them,” he writes. The “personal commitments and core projects that we pursue in our daily lives” allow us to rise above what are our natural inclinations.

And, he notes, the new science of personality overlaps with positive psychology. Instead of only emphasizing pathology or shortcomings, it’s just as concerned “with positive attributes like creativity, resiliency and human flourishing.”

“Change is what our lives are about,” Susan concludes in The Search for Fulfillment.  “No matter how you started out or where you are now, it is possible for you to get back on track with your original goals and dreams, or to find and define new ones. Your life’s script is one that you can write any way you want to, starting right now.”