Be a Positive Coach 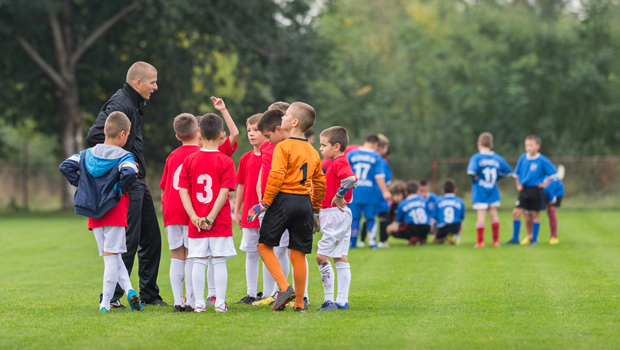 If you have played any sport in your life, you have most likely witnessed a red-faced coach hurling angry, saliva-laden directives (and sometimes even chairs) from the sidelines. Cue Bobby Knight. But what if a positive approach rather than a negative and intimidating tone could get more out of the athlete? Matthew Scholes, an advocate of using the tenets of positive psychology in youth sports, is using science-based research to build a better coaching system within youth sports in Australia.

He has been researching, developing and implementing positive sports coaching with schools and professional sports teams in Australia and New Zealand since 2011. The idea behind positive sports coaching is to use positive feedback and praise that simultaneously improves athletic performance and boosts mental well-being. This approach will not only benefit the athlete, but the coach, too, leaving both mentally prepared for the stress of competitive sports.

A Different Kind of Coaching

“Positive Sports Coaching isn’t about just saying everything is good,” Matthew says. “It is about specific and real feedback that is balanced and focuses on developing the athlete’s strengths as well as their weaknesses. Coaches are encouraged to keep a record of specific things the young athletes do well and feed this back to the athletes.”

For example, Billy’s soccer coach, instead of just yelling, “great play!” on the field, follows up with an explanation and further encouragement. “Billy, I noticed your excellent on-the-spot decision-making to pass to Jeff, who had a shot at scoring when you didn’t. It’s that kind of big-picture awareness and leadership that will help our team rise to the top in the tournament next week.”

Part of Matthew’s work is explaining to coaches how much their words and actions matter. In some cases, coaches may be the most influential adult figure in a young person’s life, Matthew explains.

With our built-in negativity bias, it is easy for coaches to focus on the negative aspects, such as a player missing a catch or a goal. Negativity carries more weight than positivity, leaving coaches blinded to all the good things that are happening. For an impressionable young athlete who hasn’t fully developed his emotional intelligence, the negative feedback can have a powerful and lasting impact and can send the wrong message. Matthew believes that when coaches focus on strengths instead of weaknesses, they are rewiring their brains to spot the good.

In a recent study using a positive intervention of only focusing on strengths conducted at the Bunbury Cathedral Grammar School in Southwest Australia, researchers found an increase in athlete engagement, greater athlete resilience and a better understanding of athletes’ abilities from the coaches. Some feedback from coaches included a noticeable improvement, especially with the weaker players, and perseverance in situations that would have previously resulted in failure.

From that same study, Matthew also saw girls particularly benefited in the area of negative affect, or poor self-concept. It is his theory that girls have to endure more negative messages from the outside world than boys. For example, women are still underrepresented in sports and often face objectification over talent. When the girls experienced coaching on their strengths, they excelled with more confidence in how they view themselves.

In order for it all to work, there must be a whole system approach, or what David Cooperrider, Ph.D., refers to as an appreciative inquiry approach. According to Matthew, this must include not only the coaches and the students, but schools and parents as well to ensure positive outcomes and thriving individuals.

“I am confident that coaching young people in a manner that is positive and developmental has significant benefits to the individual athlete—social, mental health and sporting performance—the coach (team performance, well-being and confidence) and to society with sport having the opportunity to impact the well-being of the next generation of young people.”

Positive results have been preliminary so far, but Matthew hopes that the continued use of positive sports coaching will further lead to better grades, improved health and stronger relationships. He is expected to release more results at the 2019 International Positive Psychology Association’s Sixth World Congress.