Can Happiness Save the Planet?

People who are happier seem to focus on “things” and more on fulfilling activities and social relationships, which brings with it a built-in benefit for Mother Earth. 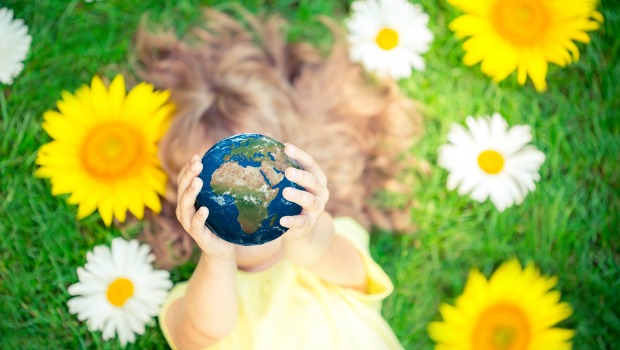 Jenny Jenkins grew up caring for the planet, so it’s no surprise that she has instilled those same values in her children. Today, the mother of four says it’s become second nature for her and her husband, Cliff, to practice a low-impact, environmentally friendly lifestyle.
“Because I grew up thinking this way, it’s not hard,” says Jenny, a high school guidance counselor in Cincinnati, Ohio. “I think we’re happier because we live a less cluttered life. And now we see our kids doing some of the same things.” 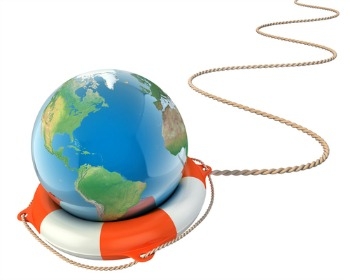 With an emphasis on shared experiences and family activities over products and purchases, Jenny’s family values togetherness and an active lifestyle. “We all love the outdoors, so we’ll walk wherever we can—like to the grocery store or the farmer’s market—instead of driving. It means that we spend more time together than a lot of families do, and it also is good for us because of the physical activity. And, even just walking to the hardware store, you’re getting outside and connecting with nature, and that makes you happier.”
Today, experts say that mindset is just what the planet needs. People who are happier have been found to be less focused on “things” and more focused on fulfilling activities and social relationships, which brings with it a built-in benefit for Mother Earth.

In a recent study, Miriam Tatzel, Ph.D., of Empire State College, State University of New York, found that happy people share one very distinctive trait: They value and seek out experiences instead of possessions. This trait could be the key to creating a healthier planet, she told the American Psychological Association at its convention in August in her presentation, “Consumer Well-Being & Environmental Well-Being: A Surprising Compatibility.”
“Consumerism and all the stuff we make harms the environment [through] pollution, climate change, degradation of natural resources,” she says. In the past, a popular scientific viewpoint has been that saving the planet would only be possible if consumers’ consumption habits could be changed. However, she now believes that saving the planet could be as simple as emphasizing happiness.
“If people spend less time working and spending, they have more time for relationships and personal interests,” Miriam says. “People who are less materialistic tend to be happier and more satisfied with their lives.”

Teaching it to the next generation

Jenny says she has seen that mindset blossom in her children. “I’m not saying we don’t have any ‘stuff,’ because we do, but we mostly do activities instead of [giving traditional] gifts,” she says. For example, this year they bought family season passes to a ski slope instead of buying items like Xboxes and iPads.
“When you start thinking that way, experiences become more important,” Jenny says. “The kids appreciate them more, and it actually is something they’d prefer over regular toys and presents.”
Read more about cutting down on consumer clutter. 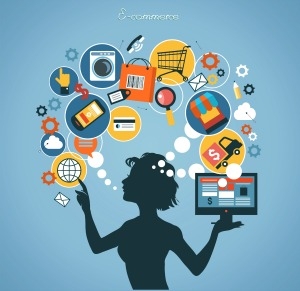 Of course, convincing most consumers not to buy the latest gadget or to skip getting that shiny new car can be a tough sell. In America, consumer debt continues growing, inching up another 3.3 percent in 2014; credit card debt is outpaced only by mortgage and student loan debt.
The consequences of consumer debt extend far beyond dismal credit scores; debt also can have serious side effects that impair mood and state of mind. It often is accompanied by stress, fear, anger and depression, according to debt expert Bill Fay of Debt.org. Making people happier with their personal lives could help them downsize their debts while having a ripple effect of creating a happier, more environmentally conscious society overall, Miriam says.

Catherine O’Brien, Ph.D., an expert in sustainability education, discovered the link between sustainable living and happiness while working on her doctorate at Barefoot College in Rajasthan, India, in the mid-1990s. “I found that not only did the people there live sustainably, but it was a culture filled with joy,” she says. “They were wildly creative and imaginative. And I had a novel thought that, if we live sustainably, we might be happier.”
That thought became the basis for her concept of Sustainable Happiness, which combines principles of positive psychology with a sustainability mindset. As the positive psychology movement gained traction, Catherine saw more areas where it connected with sustainability and created a complete educational platform combining the two.

A message of spiritual and emotional abundance

“People were tired of hearing environmental messages,” she says, adding that many environmental messages were equated with making sacrifices and relinquishing creature comforts. “I knew that if people could hear the happiness message, it would accelerate their interest. Everyone has an interest in happiness.”
Catherine’s Sustainable Happiness teachings look at how fewer material possessions and a deeper connection to the Earth can pave the way to a happier, healthier life. “This is not a new thing, and it’s not something I invented,” she says. “Many indigenous cultures are built on this. It’s about thinking about what we can do to live happily and connect with other people.
And in doing so, you often begin making choices that reduce your footprint. It’s not necessarily that you’re thinking about being environmentally friendly, it’s that the activity you choose to participate in has other benefits [for the planet] associated with it.”

Happiness as a side effect 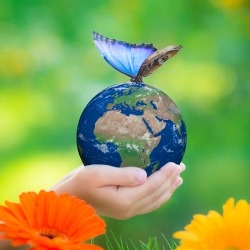 While many of the choices made by happier people are good for the planet, it has also been found that being good to the planet can generate feelings of happiness. So which comes first—personal wellbeing, or caring for the planet? Societies that practice sustainability are shown to be happier than their less environmentally minded counterparts.
That’s the foundation of the Happy Planet Index, which was introduced in 2006 by the New Economics Foundation. The global measurement standard multiplies an index of life satisfaction and the life expectancy average of each country’s residents, then divides that by the ecological footprint of the country. Results consistently show that residents with a smaller ecological footprint register greater levels of happiness, satisfaction and wellbeing.
Read more on sustainability and going green.
In the “State of the World” report developed for The Worldwatch Institute, economist John Talberth, Ph.D., and then director of the Sustainability Indicators Program at
Redefining Progress in Oakland, California writes that societies or individuals who practice sustainability and pro-environmental behavior have a greater sense of subjective wellbeing.
Meanwhile, a study published in September in the journal Frontiers also found that people who exhibit pro-environmental attitudes and behaviors showed greater signs of
positivity and well-being.
“I think it depends on the individual,” Catherine says. “Some people may think about how they can live happily and connect with others, and that’s going to lead them to do
things that are good for the planet.” Others, she says, may be concerned for the planet and seek out earth-friendly activities that connect them with nature and with other like-minded individuals, both of which are known happiness boosters.

“Being in nature, or even just looking at it, is associated with a number of positive physical and mental outcomes, including reduced stress, increased attention and greater self-control,” says Misha Voloaca of the University of Ottawa Well-Being Lab. His current research is centered on the role happiness plays in connecting with nature. “There is good evidence showing that people who are more connected to nature have smaller ecological footprints. 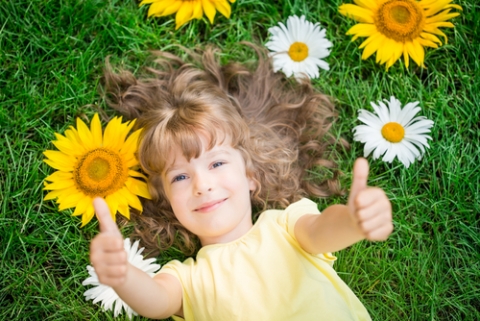 Importantly, such people also tend to be happier and more mindful in everyday life. [It supports] both personal and environmental well-being.” Victor Corral-Verdugo of the
Department of Psychology at the University of Sonora at Hermosillo, Mexico, agrees. His recent study, “Happiness as a Correlate of Sustainable Behavior: A Study of Pro-Ecological, Frugal, Equitable and Altruistic Actions That Promote Subjective Wellbeing,” published in the journal Human Ecology Review, reviews numerous studies on the topic and introduces his own observations. He concludes that the benefits of pro-environmental practices are so positive that they lead to further conservation efforts, which in turn generates a continuing upward spiral of happiness.
Victor and his colleagues studied the relationship between sustainable behavior and happiness among college students in Mexico, an area he intentionally selected because it has both environmental and social concerns. He was interested in learning if positive behaviors could offset some of the effects of the environmental problems while at the same time increasing the happiness of its citizens.
“According to our results…the more pro-ecological, altruistic, frugal and equitable a person is, the more feelings of happiness (s)he experiences,” Victor finds. He echoes Catherine’s belief that if people knew about the positive consequences of adopting a pro-environmental lifestyle, more people would be eager to participate. And Jenny says it is something her family benefits from every day.
“When you’re moving around in nature, eating better and spending time with your family, you’re naturally going to feel better,” she says. “Physically, you feel better. The way you’re living makes you happier. It’s kind of common sense.”
(Visited 637 times, 1 visits today)
Popular Articles