Visualize your goals in detail to make motivation and progress last. 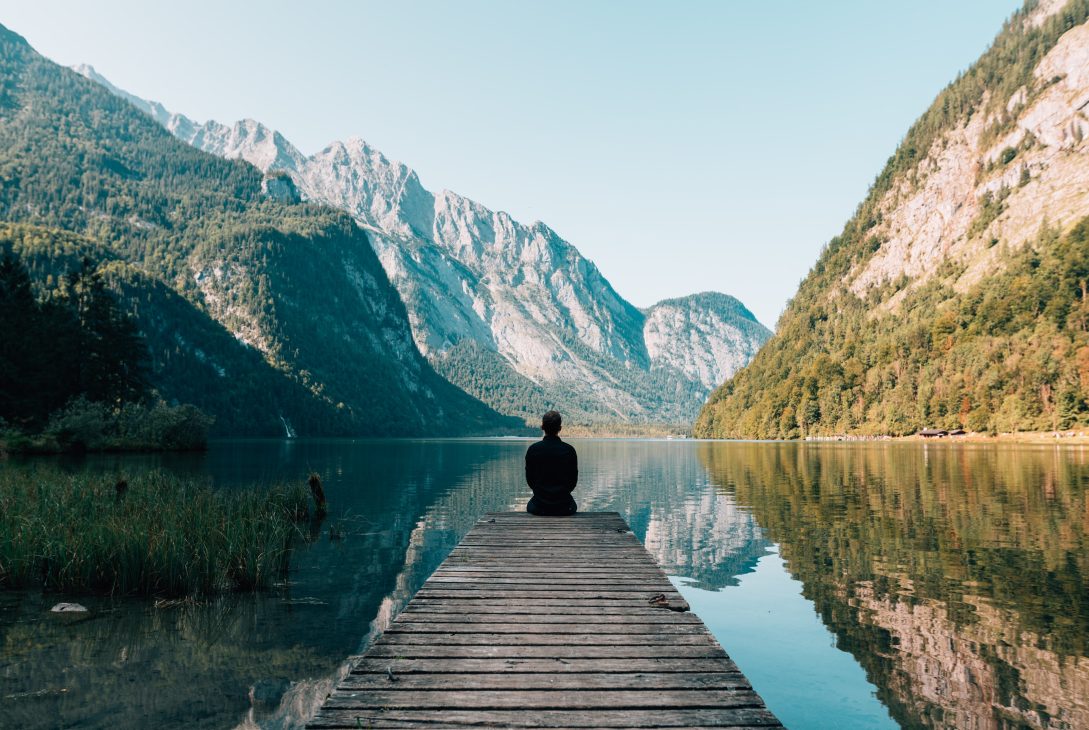 Visualize your goals in detail to make motivation and progress last.

For years, Tal Ben-Shahar tried to implement a meditation practice into his daily routine. “I followed all the prescriptions, but I always ended up giving up,” he says. “I couldn’t make it work.”

Then, he discovered yoga and found that he was able to enjoy a meditative experience by getting into the flow of his practice.

“For me, the movement is much more engaging than sitting still in a room trying to follow my breath,” he explains. “And for me, listening to music is a meditative experience, so I use that as a meditation as well.”

As people struggle to create lasting change in their lives, Tal, co-founder of The Wholebeing Institute and HappierTV.com, says that many of us are trying to force ourselves into making the changes we feel we “should” make. However, those changes might not always line up with the experiences that we truly want out of life, and, as a result, we often fall short.

“People tell themselves they need to exercise, so they sign up to start going to the gym—but it’s not something that they really want to do,” he says. “In order to create lasting change, you need to find something that you naturally gravitate toward. Maybe a gym membership isn’t for you; maybe you’d be happier dancing or swimming. You need to do something that is more suitable to something you really enjoy and want to do.”

As a new year begins, it’s common practice for us to commit to new habits, make resolutions and try to “do better” at any number of things. While those commitments are often laudable goals, they can also be fraught with danger and set us up to fail.

“We’re more likely to stick with commitments if we enjoy them,” Tal says. So before you set a goal, make sure it’s more than merely attainable; make sure you can also find a way to make it enjoyable.

Getting There is Half the Fun

We’ve all known (or perhaps have even been) that person who sets his or her sights on a goal—say, losing 20 pounds—and goes after it with single-minded determination. But once the goal is conquered, the achiever slowly returns to old habits. Lasting change requires more than seeing an “end result,” it involves looking at the journey as a whole.

Shelley E. Taylor, Ph.D., distinguished professor of psychology at the University of California, Los Angeles has researched the role of visualization in achieving goals. She found that those who visualized the entire journey—not just the desired outcome—had greater success in reaching their goals. According to her research, those who mentally walked through the process of successfully reaching a goal were nearly two times more likely to succeed than those who simply looked at the end result. Tal suggests making that visualization the first step of any plan for change.

“If you can visualize yourself not just being fit, but going to the gym and working out on specific equipment, it lets you visualize how that change will happen,” he says.

That mindset is supported by the Hope Theory, which was introduced by Charles Richard “Rick” Snyder, the late Wright Distinguished Professor of Clinical Psychology at the University of Kansas. He maintained that hopeful thinking was made up of three components—setting goals, creating pathways to reach your goals, and believing you can achieve those goals.

“He talked about the fact that it’s not just a matter of willpower, it’s way power,” Tal says. In other words, you can’t just make up your mind to accomplish something; you have to create a realistic plan for getting there.

Tal says there are three components to creating a successful plan for lasting change:

2. You should create specific times to honor your commitment. Set a timer to remind you to drink a glass of water at certain times, or commit to meditating each morning at 6:30 a.m. when you get out of bed.

3. It must be a deeply held value. You have to believe in the value of implementing that change and truly become committed to making it last.

“We need all three of these components,” Tal explains. “For me, being physically healthy is really important. I go to the gym, I run, I swim, I do yoga. And I put it in my Outlook calendar so that time is actually blocked out of my day.

The good news about making changes—even if we’ve attempted and fallen short in the past—is that it actually gets easier over time. That’s because each time we start a new habit, our brains form a neural pathway around that habit. The longer we practice that habit, the deeper and more ingrained that pathway becomes. Even if we abandon it, our brains will recall that habit when we attempt it again.

“Whether it’s hitting a forehand [stroke] in tennis, playing a piece of music or going to the gym, once you create a habit, the neural pathway is there. There’s a saying that the neurons that fire together, wire together. When we do the same activities over and over, those neurons wire together and we create a habit.”

Of course, getting started is often the biggest obstacle to change, and that’s not our fault. Tal points out that our subconscious self isn’t a big advocate for change and would rather stick with what’s familiar. Because of that, the first few weeks are crucial to making lasting change.

“We are creatures of habit,” he says. “Our subconscious rejects change. We all get excited about the idea of making a New Year’s resolution, but if you understand the nature of habit, you’ll see that there’s a reason those changes don’t usually last beyond a day, a week or a month.”

When we’ve been doing—or not doing—something for a long period of time, we’re accustomed to our daily routine. Change requires effort, while inertia does not. Much like our immune system attacks a foreign element that enters our body in the form of disease, our subconscious may rush in to fight the idea of change. That’s when it truly becomes a matter of commitment and refusing to listen to the devil on your shoulder.

“There are many different hypotheses about how long it takes to truly change a habit,” Tal says. In 1887, American philosopher and psychologist William James wrote that it took 21 days to make a habit stick, but more recently, Jim Loehr and Tony Schwartz, authors of The Power of Full Engagement, wrote that it takes about 30 to 60 days for a new habit to take root. Richard J. Davidson, Ph.D., founder of the Wisconsin-based Center for Investigating Healthy Minds, says changes in brain function are noticeable after just two weeks of changing a behavior or practice.

“If we feel that something is embedded after doing it 20 times, maybe it has already become a habit for us. But maybe after 30 days, it still feels like a Herculean task to get up and go to the gym every day; it’s not a habit yet,” Tal says. “I think you have to look at each [response] individually.

Don’t Try to Be Perfect

One of the best things that we can do to boost our odds of successfully making change last, he says, is to let go of the idea of perfection. Use a little self-forgiveness and a lot of self-compassion if you fall short or miss a day. It’s not the end of the world, and there’s always tomorrow.

“Perfection is the enemy of good,” Tal says. “If we’re more forgiving, it’s easier to bring about change in our lives. When we think we have to be perfect, a lot of times we end up doing nothing. It leads to inaction.”

Instead, we should look at each day as a fresh opportunity to reinforce a new habit and make progress on our goal, even if we fell short the day before.

Perhaps the most important step in making change is simply to change the way we think about our need to reach a goal.

“Making lasting change means giving yourself permission to be human. Just know that it may take a few times of trying before you succeed.”