“Kindness is all around you if that’s where you place your focus.” 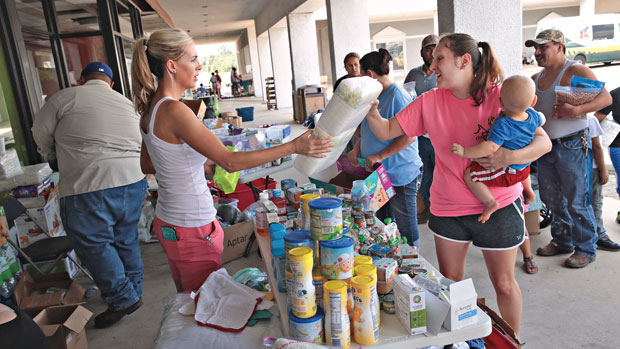 One helpful act can have far-reaching results.

Dylan Siegel, 10, has watched his best friend Jonah Pournazarian check his blood sugar daily since they were in preschool. He was 6 when he learned that Jonah has a rare and possibly fatal liver disease called GSD Type 1b. Dylan wanted to help. He decided to write a book and sell it to help find a cure for the disease. He titled his book Chocolate Bar, a phrase he says means “awesome.” His parents helped him print copies so he could sell it at school events—then the story went viral.

“We are on the verge of curing or treating this disease and that would not have been possible if a 6-year-old hadn’t created this book,” said Jonah’s doctor, David Weinstein, M.D.

“Kindness starts with one,” is the motto of the Random Act of Kindness Foundation, known as RAK. Formed in 1995, RAK encourages people to become kindness ambassadors. They believe everyone has the potential to change the world through caring actions—just as Dylan did. 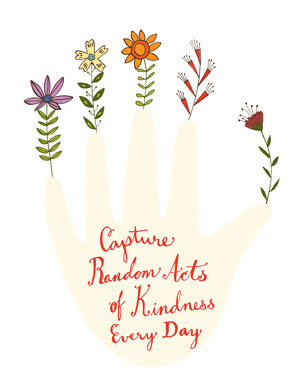 And so, RAK launched a 14-week #CaptureKindness campaign and photo contest on World Kindness Day (Nov. 13). It runs through RAK Week (Feb. 11–17). RAK invites participants to look for kindness in everyday occurrences, preserve those moments by snapping photos and share the pictures with the hashtag #CaptureKindness. Each week will feature a different theme and the photographer who best captures it will be awarded a bagful of swag. The weekly winners will then be entered into a drawing for three grand prizes at the end of the contest—state-of-the-art cameras for memorializing more magnanimous moments.

“Kindness is all around you if that’s where you place your focus,” says Rachelle Stubby, RAK’s community engagement coordinator. Rachelle is hopeful this year’s #CaptureKindness campaign helps people notice all the goodness in the world and that it inspires a bona fide kindness movement. Need inspiration? You’ll find tons of ideas for how to spread the love on RAK’s website, including:

RAK has a Kindness in the Classroom program for educators and is building up its resources for the workplace as well as for parents; moms and dads can find lots of fun games and activities that teach compassion and helpfulness on RAK’s site. You can join their community by becoming a “Raktivist” (learn how at randomactsofkindness.org).

"Kindness requires intention—and it can change the world.

Sandra Bienkowski is a regular contributor to Live Happy and the founder and CEO of TheMediaConcierge.net.