A profile of Christopher Peterson, one of the pioneers in the positive psychology field and director of the Values In Action (VIA) project. 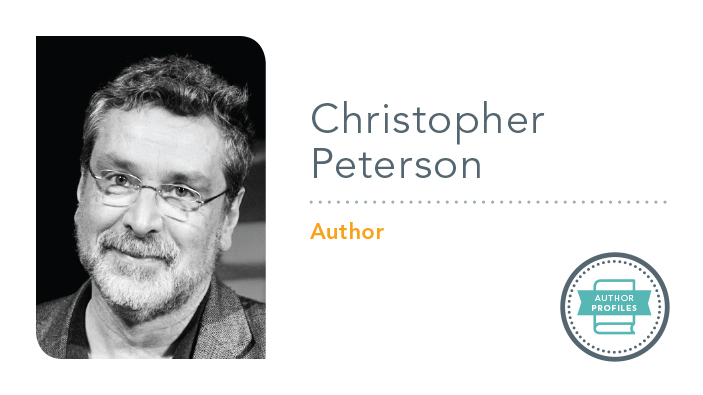 The late Christopher Peterson, Ph.D., was a renowned professor, philosopher, textbook author—and blogger. His blog for Psychology Today was called “The Good Life: Positive psychology and what makes life worth living,” and who wouldn’t want to learn about that?

“Other people matter,” Chris said, and it became his signature phrase. When he died unexpectedly at 62 in October 2012, there was an outpouring of grief from former students and friends—a Facebook tribute page was established, Psychology Today created a tribute page from his friends and colleagues and The International Positive Psychology Association’s Third World Congress on Positive Psychology devoted an entire session to celebrating his life and legacy.

Academically, he was known as one of the pioneers in the positive psychology field. He officially held the Arthur F. Thurnau Professorship at the University of Michigan, where he taught from 1986 until his death. But he cherished most the Golden Apple Award—given annually to a professor who “treats each lecture as if it were his last”—he received from the student body in 2010.

His groundbreaking study of optimists and pessimists found that optimists are more likely to outlast pessimists. But perhaps his most important professional achievement was as research director of the Values In Action (VIA) project, which produced assessment tools—a set of surveys—he devised along with Martin Seligman, Ph.D.

The VIA Institute on Character is a nonprofit formed to advance the science and practice of character. Their aim is to fill the world with greater virtue—i.e. more wisdom, courage, humanity, justice, temperance and transcendence. And they do this by offering the VIA Survey free of charge, across the globe. Understanding and using your strengths contributes to increased happiness and better relationships, among other benefits, according to the website.

Chris wrote A Primer in Positive Psychology, an accessible introduction to the scientific study of what goes right in people’s lives—instead of psychology’s traditional investigation of what’s wrong. His Pursuing the Good Life: 100 Reflections on Positive Psychology gathers and updates his blog posts. The book’s format—in short, annotated chunks of two or three pages—lends itself to delightful browsing.

“There must be an ancient Buddhist aphorism that makes my point profoundly,” he wrote in late 2009, “but I’ll just say it bluntly, in plain 21st century Americanese: Don’t sweat the small stuff; and most of it is small stuff. Days are long. Life is short. Live it well.”