6 Father’s Day ideas that are sure to make pop smile. 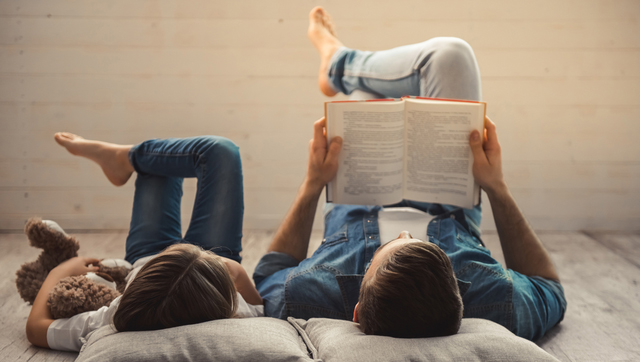 6 Father’s Day ideas that are sure to make pop smile.

With Father’s Day just around the corner, allow us to do the book shopping for you. There are so many joyful and innovative new titles out there, so ditch the golf gear and head to your local bookstore for this year’s gift. We promise he will love each and every one of these!

1. Dad’s cooking? Why not make something with tater tots?

Tots! 50 Tot-ally Awesome Recipes from Totchos to Sweet Po-Tot-O Pie
by Dan Whalen
A tater tot themed cookbook? Count your dad in. Filled with great ideas like Tots Poutine and Mac ‘n’ Tot ‘n’ Cheese, no one in the family will object to anything dad creates using Dan’s guidance. Most of the recipes use frozen store-bought tots, but if the dad in your life is comfy in the kitchen, no worries. Tots! also includes directions for making these favorite frozen potato treats from scratch.

2. Hard lessons learned are often the most important ones.

The $20,000 T-Shirt: Life Lessons (and Fart Stories) from the Greatest Father the World Has Ever Known
by Devon Weaver
When Devon writes that this book was originally meant to be an advice book for his daughter and son because his relationship with his own father was fraught, it’s impossible to stop your eyes from welling up. Keep reading and you’ll find life lessons that every single father will relate to in this sweet—and brutally honest—memoir/advice book.

3. We can all find the funny in our daily lives.

Everybody is Awful (Except You!)
by Jim Florentine
For the dad with a killer sense of humor, enter Everybody is Awful, penned by a comedian, podcaster and actor who appeared most recently on Amy Schumer’s hit film Trainwreck. This hilarious book covers everything from prank calls to social media madness while telling Jim’s story of his early days as a stand-up comedian. The cultural commentary in this hardcover is so relatable your dad won’t be able to put it down.

4. A coffee-table book about the awesomeness of dads.