Mountaineer Dave Hahn has found his life purpose above the clouds. 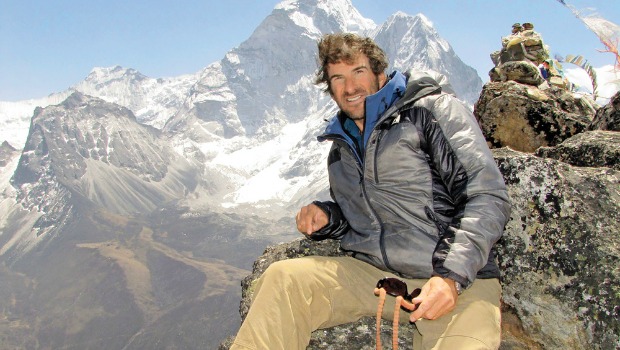 How 15-time Mount Everest conqueror Dave Hahn stays on top of the world.

Actively pursuing a life that is bigger than yourself, engaging your signature strengths and doing something you are insanely passionate about are paramount to happiness, according to the “father of positive psychology,” Martin Seligman, Ph.D. For mountaineer Dave Hahn, that purpose is found above the clouds.

Dave has stood atop Mount Everest 15 times (more than any non-Sherpa). He’s reached the summit of Mount McKinley (the highest peak in North America) 21 times, Mount Rainier more than 275 times and Mount Vinson (the highest peak in Antarctica) more than 30 times. And during the three months when he’s not climbing, he works—where else?—in the mountains, on the ski patrol in Taos, New Mexico.

The challenge to find balance 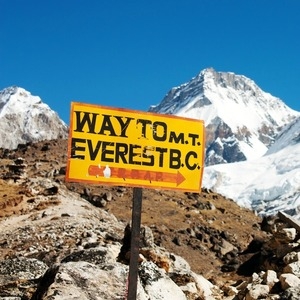 So if there’s some shame in that, ‘What’s the matter? Can’t take it?’ so be it. “I’m fully aware that I’ll be right back in that arena before very long. When you’re younger, there’s this fear that if you take your foot off the gas pedal, you won’t be able to find the gas pedal again. Perhaps taking breaks…allows you to do this for 28 years instead of five.”

Dave went to Mount Everest for the first time in 1991, but he didn’t reach the summit. His father (a former rock climber) introduced him to mountaineering. They planned to climb Mount McKinley in Alaska, but only if Dave went to Washington state’s Mount Rainier first to learn some basic climbing skills. That go-and-learn trip changed his life.

“As soon as I got there and saw the guide service, that crystallized things for me,” he says of the 1985 Rainier trip. “Meeting these guys [who] were not much older than me [who] had been all over the world with climbing, I got pretty determined to be a guide.”

So he found a summer job waiting tables in Washington, climbed every day and kept learning. As he added glaciers and altitude, Dave’s fascination multiplied. He began to crave the fitness that climbing both required and granted. The teamwork and challenge of managing adversity helped

Dave envision living in the mountains, not just conquering them. “My goals were about being in it for the long term, not about a tick list of, ‘OK, got that summit, move on to another one.’ ” Rainier, McKinley, Everest became “part of my life,” he says, “and as I took on new challenges, I never got rid of any of them.”

In 1994, Dave returned to Mount Everest, but this time, he reached the 29,029-foot summit. On the descent, he was caught in a snowstorm and spent the night alone, without oxygen, in the death zone. One week later, he witnessed two members of his expedition undergoing a similar challenge. Only one survived. Dave still finds that day hard to describe.

“That’s about as traumatic as it can get,” he says. “It framed what I’d gotten away with. Right when I was maybe tempted to get a little smug about what I’d accomplished, here was graphic evidence that I’d just barely been lucky enough to get through it.”

The lesson? “Make yourself as strong and as capable as possible.” To that end, Dave is a certified emergency medical technician with extensive avalanche training. He is called upon to make harrowing rescues, including one on Mount Rainier in 2002, where he survived a helicopter crash, then made a tricky technical ascent to recover an injured climber.

Last April, Dave was at his Mount Everest base camp when an avalanche swept over the perilous Khumbu Icefall, killing 16 Sherpas. Dave had been through the icefall a week earlier to assess whether the route was safe. His Sherpa team had been through the fall just the day before. But that Friday was a rest day for his team as they prepared for an ascent that might have marked Dave’s 13th year in a row safely reaching and guiding others to the top of the world. Instead, Dave went up to help recover the bodies and the season was canceled.

Back on the mountain

This spring, as usual, Dave will return to try again. The mountains that have given him so much pleasure—and heartache—have taught him that above all, finding happiness at more than 29,000 feet requires humility, respect and pragmatism.

“When you’re in the big mountains, you’re having episodes where you’ve got to get yourself out of a f x or you end up helping someone else out of a fix,” Dave says. “Every day, my eyes would be wide open. I’d be amazed at how much life you could experience in how little time. I reached a point where this is exactly what I was looking for.”