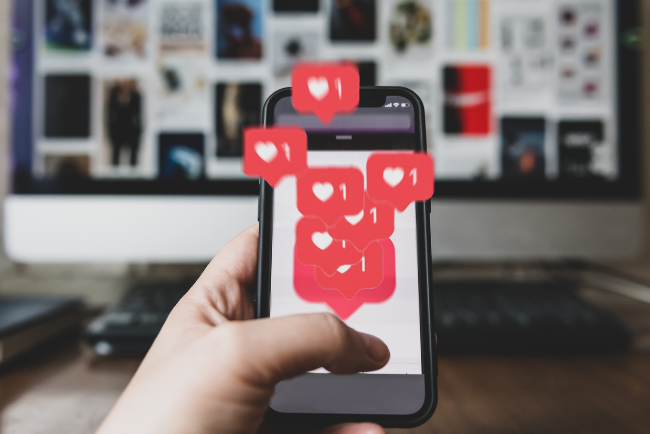 While creating robust real-life social networks can be a well-being enhancer, a recent study from the University of Pennsylvania suggests our virtual social networks can have the opposite effect. According to researchers at UPenn, through experimental data and self-monitoring, this study is the first to show a causal link that an increase in social media use can decrease well-being.

“What we found very clearly was that the folks who were in the group that limited their social media use, showed significant reductions in depression and loneliness,” says psychologist Melissa G. Hunt, Ph.D, associate director of clinical training in the department of psychology at UPenn. “This was actually most true for the folks who were the most depressed at the start of this study.”

In the recently released World Happiness Report 2019, by 2018, “95 percent of United States adolescents had access to a smartphone, and 45 percent said they were online ‘almost constantly.’” When there is an increase in digital media, especially for young people, there is a decline in sleep, exercise, social interactions and attending religious services compared to those who do not spend so much time in a virtual reality.

Melissa says that when we spend hours on apps, such as Facebook, Instagram and Snapchat, passively scrolling through our feeds and negatively comparing ourselves to “one-sided” views of other people’s lives, we are doing serious harm to our well-being. Melissa also says the fear of missing out (FOMO)—which is witnessing people in your network having a good time without you—also contributes to negative feelings.

“So that whole fear of missing out in which people get very anxious about other people having connections, friendships and relationships that they aren’t a part of is another part of the problem,” Melissa says. “When you use too much social media, you feel like your own life doesn’t measure up and you are feeling that you are not always invited to things that everyone else is invited to.”

So how can we use social media in way that doesn’t make us sad? Here are three helpful suggestions from Melissa:

Seeing is not always believing. Most of what we see on social media is not real. Not to say that it is necessarily staged, but people rarely post negative images of themselves. We are only getting the intended perspective, and we tend to compare ourselves negatively to something this isn’t accurate. “You are looking at someone else’s Instagram feed and its very curated, everyone looks very happy and they are only posting the photos that are actually flattering,” Melissa says. “And so you get a very one-side perspective on other people’s lives. And it’s very easy to conclude that your own life just doesn’t measure up? It is not as fun, not as glamorous, you are not doing as much.”

The real thing is always better. Mindlessly scrolling through social feeds not only wastes your time, it further isolates you from the people you are trying to catch up with virtually. Try spending more time reconnecting with people in person. Maybe someone you know needs a real conversation instead of a virtual chat or text. “One of the things to remember about intimacy is that intimacy is fostered by sharing the bad times with people as well as the good times with people,” Melissa says. “And there something about social media that doesn’t encourage that.”

Put yourself on restriction. Melissa says quitting social media cold turkey is unrealistic, especially with younger generations who grew up attached to their phones. She recommends about a half hour day. By spending less time FOMO-ing, we’re are more likely to get out in the real world and take part in activities that benefit our well-being, such as taking a walk or volunteering. During their study, researchers noticed that participants, who were all college students, were amazed to realize how much time they were spending on social media before the break and how much better they felt about themselves after the digital reprieve. Melissa says that some even said they were more likely to complete their school work and socialize with their friends in person.