Positive Lessons From the Pandemic 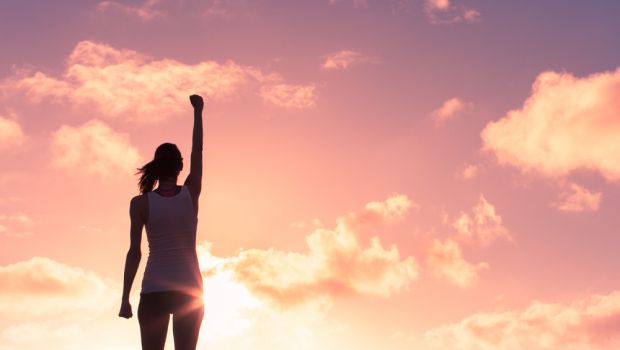 Photo by KieferPix/Shutterstock
Although much has been researched and written about how the COVID-19 pandemic has affected mental and emotional well-being around the globe, most of that research has looked at its negative effects. During the International Positive Psychology Association’s (IPPA) Seventh World Congress last week, held virtually for the first time, some of the world’s leading positive psychology experts shared the lesser-known ways the pandemic has had positive outcomes for individuals and for society.Dr. Antonella Delle Fave, professor of psychology at the University of Milano in Italy, offered the keynote presentation, “Eudaimonia: Lessons from the COVID-19 Pandemic,” providing insight into some of the lesser-publicized effects of the pandemic. Her research looked at how factors such as resilience and social support affected individuals.The studies clearly show the importance of good mental health, she said.“Mental health was shown to play a protective role against PTSD,” she reported, referencing a study that indicated 33% of people considered themselves to be flourishing during the pandemic, while 9% landed in the “languishing” category. The rest of the survey respondents fell somewhere in between those two extremes.

“People who were languishing were at higher risk of developing PTSD during the pandemic. Positive mental health was a predictor of less severe symptoms.”

Individual resilience showed a direct correlation to such things as depression, anxiety and stress in countries around the globe. But those who practiced healthy, resilience-building skills fared far better than those who did not. For example, studies from Norway and the U.S. showed that people who participated in physical activity were less susceptible to depression and anxiety. Other factors found to bolster resilience included support from family and friends, proper sleep habits and prayer or meditation.

“Resilience seems to be one of the primary resources across nations and populations,” Delle Fave noted. “Studies around the world are in agreement about the positive role of resilience in well-being and the negative correlation between low resilience and anxiety.”

Based on Delle Fave’s research, the people who were able to thrive and flourish during lockdowns looked at the pandemic through a different lens. That not only allowed them to feel more at ease in the moment but often created lasting change in their lives, such as:

Other researchers looked at specific ways people maintained their well-being and built resilience during the pandemic. A study headed by Lea Waters of the Centre for Positive Psychology, University of Melbourne in Australia identified several interventions that were shown to be successful in managing the stress and uncertainty of the pandemic. They included:

Implementing such practices can have a significant effect on how well an individual manages such adverse conditions as, say, a global pandemic, and Waters said she hoped the research would provide a path forward to help individuals increase their resilience and wellbeing in a post-pandemic world.

“[We] hope that the cultivation of these outcomes continues beyond this crisis and leads to sustained positive outcomes,” she said.
(Visited 170 times, 1 visits today)
Popular Articles