What’s Keeping Your Teens Up at Night? 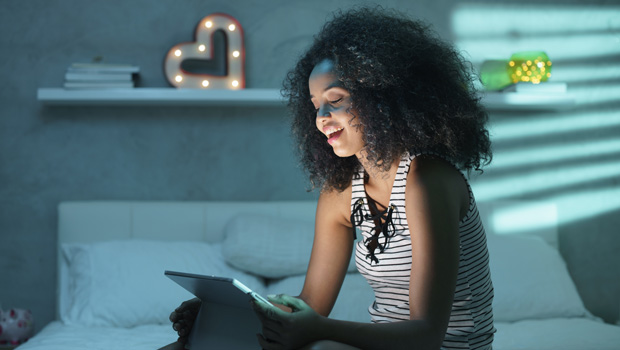 If your teen isn’t bright-eyed and bushy tailed when he is ready to walk out of the door to school today, chances are he’s sleep deprived and it’s affecting his happiness. According to C.S. Mott Children’s Hospital National Poll on Children’s Health at the University of Michigan, 43 percent of surveyed parents believe their teens struggle with sleep. When asked why, more than half of those parents suggested electronic devices or social media were the likely reasons. Other reasons include an overload in homework and activities, worries about school and social life and medical problems.

“So many teens feel like they can’t catch up until Saturday when they sleep until noon,” says Sarah Clark, co-director of the C.S. Mott Children’s Hospital National Poll on Children’s Health. “There are a lot of ill health effects associated with lack of sleep, including depression and obesity. It also makes it a challenge for kids to get through the day.”

While 53 percent of parents believe social media and electronic devices are the main culprits for less shut-eye, Sarah and her colleagues believe that is only part of the equation.

“I would also say there is a second element that is really important, and that’s the irregular schedules of the teen’s life,” Sarah says.

With the ever-increasing demands for teenagers’ time, something must give, and that something is usually sleep. The American Academy of Sleep Medicine suggests teenagers (between the ages of 13 and 18) get eight to 10 hours of sleep per night. Not getting enough sleep can increase the risk of serious health issues, including obesity, diabetes and poor mental health. Lack of sleep in youth can also lead to poor concentration and increase the risk of accidents.

“Teenagers staying up late isn’t new,” she says. “I would wonder if something that had changed over the years is some of our expectations of teens.

“I’ll bet if you look at the average life of a family, teens’ lives are more packed with evening events than maybe 10, 15 or 20 years ago,” Sarah speculates. “We recognize the electronic thing more, because it’s a new object, yet sometimes we don’t pay enough attention to how societally, it’s the life of teens that has changed.”

The good news, according to Sarah, is that parents are aware of the problems.

They have encouraged different strategies with their teens, including turning off the electronics at night, limiting caffeine and trying out natural remedies, such as the use of melatonin.

As more research supports the importance of good sleep hygiene, Sarah suggests parents help teens to prioritize their activities. Creating strategies that work for both parents and teens can be very effective. A combination of technology limits at night, being mindful of the number and types of activities that fill the teens’ lives and maybe tempering expectations would be a good start to bring in more balance. Conversations about the importance of good sleep can help reinforce the health benefits, too.

Many people who are sleep deprived, teens included, have functioned that way for so long that it is easy for them to forget what a normal, balanced lifestyle feels like, she says.

Sarah says that when teens feel well-rested and focused, then parents can work on how to maintain healthy habits and a regular sleep schedule.