When Live Happy CEO was a kid in Ohio, his first experience of real leadership came in the form of an ace hitter on his Little League team: Stan the Man. This story of influence and gratitude has a harrowing ending. 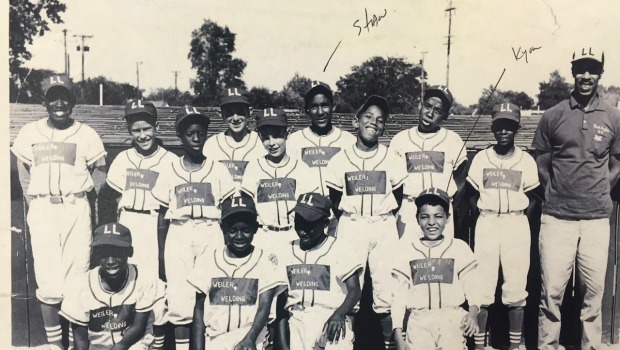 My first real awareness of leadership happened when I was an 11-year-old Little League Baseball player. There was a guy on our team named Stan who never said much but at 12 years of age was a sight to behold on the field. All of us on the team looked up to Stan. He had a cool demeanor, great positive attitude and a hustle in his play that was infectious.

Leading with his actions

“Stan the Man,” the nickname we gave him, was always nice to everybody and willing to step in and help out or offer encouragement and advice wherever he was needed. The amazing thing about Stan is that he was never labeled as the team leader. He never gave a team rah-rah speech or spoke an unkind word. He simply made extraordinary plays, hit home runs and led with his actions. I can’t think of a better way to be a role model; we all wanted to be like “Stan the Man.”
I am sure Stan had no idea how much he inspired all of us, though we gave him high-fives when he smacked one of his monstrous home runs over the
center field fence. It’s now decades later, and I remember like yesterday how Stan raised the bar for all of us.

Who has influenced your life?

I went on a search for Stan so that I could tell him how awesome he was in my life and that I never forgot him. However, I was not prepared for what I would find when I embarked on my quest.
Let us know about leaders who have influenced your own life. Have you ever let them know how you feel? We want to hear your stories in the comments section.
Read on to learn what happened when Kym set out to find Stan the Man.
(Visited 30 times, 1 visits today)
Popular Articles