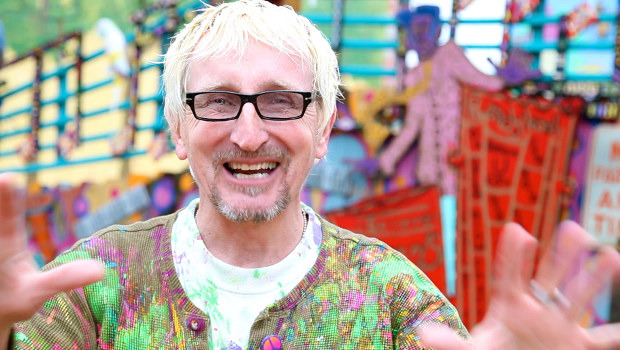 In the second of three posts about the importance of community, I want to bring you to Randyland, where one man brought the world to his door and built a community around his eccentricities.

When people hear the word community, I think they tend to imagine a pre-existing group of people in which they must assimilate. “Get involved in your community” is a piece of advice we’re often given when we’re bored, feeling disconnected, or looking to/for help. But what if you don’t fit into a community, what do you do then? What if you’re so eccentric and odd that there’s no place to fit in? For Randy Gilson, the answer was easy: start painting!

If you find yourself in Pittsburgh, start asking about Randyland. It’s not the sort of place you can enter into Google Maps (which will direct you to Randy Land Gaming in Douglas, Georgia), but any local can point you right to it. “It looks like a box of crayons exploded” is perhaps the best description we heard of the “brownstone” which I put in quotations because there isn’t a single inch of the two buildings where you can see the original color. 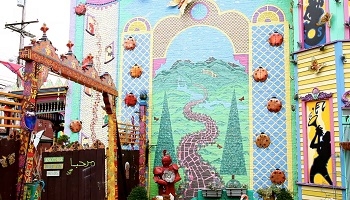 Randy is eccentric, to say the least. I would not be surprised if we have to slow down our footage just to catch every one of his words. His sentences all wrap up with “and that’s the story of Randyland. Niceeeeeee!” These words are often accompanied by two thumbs up and a big grin. He has a very hard time calling himself an artist, “I’m just a painter with a lot of energy and ideas” but if you’re one of the thousands of annual visitors, you’d probably argue that he’s a lot more than just a painter.

Randy is a beacon of color in an otherwise gray neighborhood. His property is sandwiched between Section 8 housing. In other neighborhoods, Randyland might be considered an eyesore, but everyone who drove by while we were filming honked and yelled encouraging words. One would not expect to find this cornucopia of color in such a downtrodden neighborhood, but Randy’s unbelievable energy transformed his block into a hot tourist destination.

“I haven’t been on vacation since I was 16, but every week I hear five or six different languages here at Randyland. People come from all over to take photos here and meet me!” 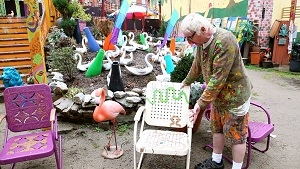 On the day that we finally caught Randy, it was pouring rain. This did not stop him from giving us a full tour; he seemed to draw energy from the rain. I halfway expected him to start stomping in the puddles. He paraded around his property in his paint splattered clothes, telling us stories of all his art. Every piece carried at least three stories: where the materials came from (all were donated or found), what inspired the piece, and lastly, all the comments from patrons.

“I’m a roadside attraction!” he proudly declared. Not only do people flock to the place, but many of them return and because Randy lives right upstairs, he often forges friendships with the tourists. 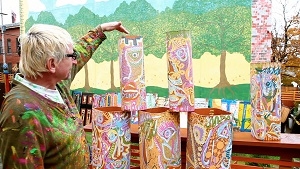 In an effort to continue to transform his block and meet new people, Randy told us about his plans for the first floor, which is currently his indoor workspace. “I want to make it into a community café that also sells pies, because who doesn’t love pies? We’ll employee people from the neighborhood and then use all the proceeds from the café to maintain Randyland and my gardens after I pass away.”

Randyland is a community in a different sense of the word than Hershey, PA. While there may only be one inhabitant of Randyland, the building serves almost as a mission statement for what Randy believes and how he lives his life. His assorted collection of goods lets you know he’s accepting of all people, and his obsession with color lets you know how warm he is. Through the highly visible structures and hundreds of community gardens, he beckons like-minded people to come share in his excitement. He builds a community around his home and welcomes all inside.