Learn how to thank someone who is no longer here. 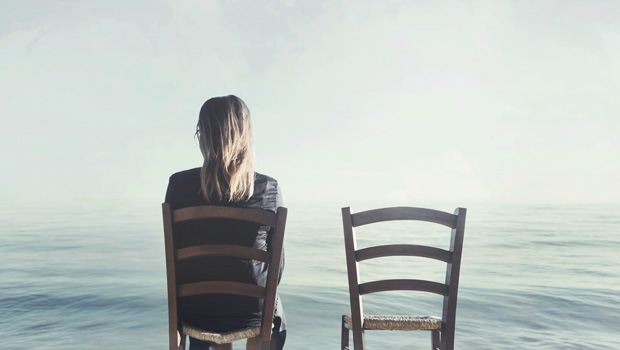 Learn how to thank someone who is no longer here.

When you express gratitude to a deserving recipient, it boosts happiness all around. This effect can last for weeks. Martin Seligman’s concept of the gratitude visit is a great example of how the process works. One person writes a letter of gratitude for someone who has not been properly thanked, and then the letter is delivered in person. The recipient reads the letter aloud and both then enjoy the positive exchange and benefit from a stronger relationship.

But what about those who can’t express their gratitude through the written word or are no longer in contact with the person they want to thank? Researcher and psychologist Dan Tomasulo explored this question with a potential solution he found by combining the research of positive psychology with practice of psychodrama.

“I started experimenting with something called the virtual gratitude visit,” Dan says. “People could have an empty chair across from them and deliver the gratitude. It’s not a letter but just something off the top of their head, and they think of someone who extended kindnesses to them who doesn’t necessarily have to be available or alive anymore.”

By using the model of Martin’s gratitude visit, Dan initially developed the idea because of his work with the mentally disabled who can sometimes have communication problems. Not long after, he realized that this technique could be beneficial beyond a clinical setting as well.

Here’s how it works. The person expressing the gratitude sits across from an empty chair. They express their gratitude verbally to a recipient as if that person were sitting in the chair. This could be someone who lives far away or a relative who has passed. Then, in a bit of role-playing, the person giving the gratitude then takes on the role of the recipient.

Dan says the virtual gratitude visit is also great in a group setting because multiple people can experience the positive emotions flowing through the room simultaneously.

“When you witness a role-playing of something that integrated, where people are having authentic feelings of gratitude, we respond with what Jonathan Haidt calls elevation,” Dan says. “We get buoyed by this and are moved emotionally.”

Friend and Harvard psychology professor Tal Ben-Shahar asked Dan to demonstrate the technique with him, as Tal wanted to thank his mentor who passed down the Harvard happiness course. It became of the fastest growing classes in Harvard’s storied history. Dan and Tal filmed the intervention, and both were quite moved by the experience.

At the Fifth World Congress of Positive Psychology in Montreal, Canada, Dan received the 2017 Avant-Garde Clinical Intervention Award for his work on the virtual gratitude visit. While on stage, he showed this video with Tal at the ceremony so people can see how it works.