Go for the gold, but remember to celebrate successes along the way. 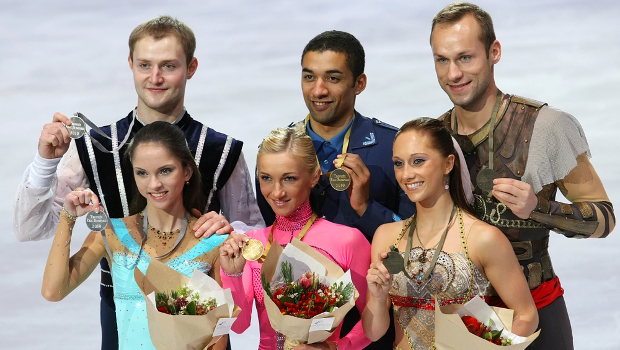 As the 2014 Winter Olympics begin in Sochi, Russia, keep an eye on those smiling faces on the podium—you might be surprised. Researchers who have followed the Olympics have found a consistent pattern through the years: Athletes who take home the third-place bronze medal are happier than those who scored second with a silver medal.

Original studies on this date back to the 1992 Summer Olympics, when researchers took video footage of the winners’ podium in Barcelona, Spain, and then rated the winners’ expressions. In a 1995 research paper published in the Journal of Personality and Social Psychology, Victoria Medvec, Scott Madey and Thomas Gilovich noted that, on a scale of 1 to 10, bronze medalists showed greater happiness (7.1) than their silver-winning competitors (4.8). (Of course, gold medalists have consistently shown elation.)

Their findings were no fluke. At the 2004 Olympic Games, a study of judo medalists showed that, while gold and bronze medalists smiled after their matches, the silver medalists did not. In fact, their expressions were described as ranging from “sad” to “contemptuous.” And at the 2012 London Olympics swimming competitions, a disappointed Ryan Lochte apologized for his second-place showing in the men’s 4×100 freestyle, while Brendan Hansen was nothing short of exuberant as he claimed the bronze for the 100-meter breaststroke.

So why the glum faces on silver medalists?

Scientists call it “counterfactual thinking.” While the silver medalist is disappointed for missing out on the gold, the bronze medalist was facing the reality of not winning anything at all—and therefore, is elated by bringing home the bronze. In a nutshell, while silver medalists are lamenting what they missed out on, bronze medalists are celebrating their accomplishment.

That’s a good thing to keep in mind. You may want a new car, a bigger house, a promotion at work—and it’s healthy to work toward those things. Just remember, along the way, celebrate what you’ve already accomplished. And if life hands you a silver or bronze medal, remember what we’ve learned from the Olympians: It feels better if you celebrate like it’s solid gold.