Teach Your Kids to Be Better Co-Workers

Start them young: 3 Lessons we can teach our kids now that will make them better co-workers in the future. 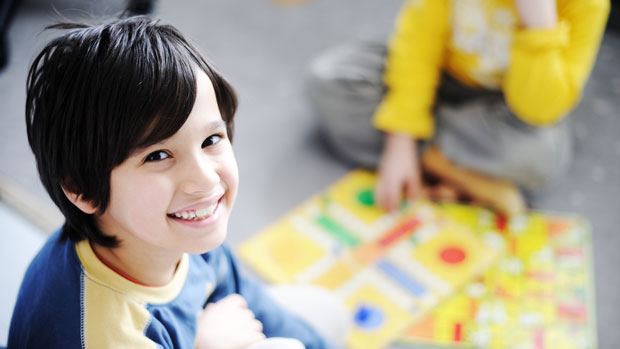 3 lessons to prepare kids for the workplace of the future.

As executive coaches, one of the most common things we hear is, “Wow, I have one colleague who is really difficult to work with.” We’re also both moms, so we thought, “What can parents do to instill in their children the attitudes and skills needed to become thoughtful and productive colleagues and leaders of the future?”

LESSON 1: Teach kids to ask, “How can I solve this problem?”

The first time one of us had a chance to coach her child was when Senia’s daughter didn’t like the sound of the windshield wipers one morning. Senia’s daughter said, “Mama, I don’t like that sound.” Senia replied, “OK, how can we solve that problem?” The 2-year-old replied, “We can’t solve that problem.” Senia countered, “OK, what sound can we make that is louder than the windshield wipers?” “I know!” her daughter said, “I can smoosh this bag in my hand and it makes this sound, and that’s louder.” That was the first time she solved a problem on her own.

Senia found that the question, “How can we solve that problem?” has led to a more patient and thoughtful approach to complaints. The question itself, as David Cooperrider of Case Western Reserve University argues, holds the answer within it. If I’m asking myself how I can solve this problem, that implies the solution is findable and that I’m the one who can find it.

LESSON 2: Advise children to get back up after they fail.

Margaret learned that her daughter did her best work at the last minute. In fifth grade, her daughter started an assignment after dinner that was due the next day and realized she had no poster board. Margaret, wanting her daughter to succeed, drove to the store (more than 30 minutes away) and was up late helping her daughter. At her next parent-teacher conference, Margaret told this story with frustration to her daughter’s teacher who simply replied, “What if you hadn’t purchased the poster board?” Margaret let her daughter handle the consequences the next time, and her daughter learned to plan ahead.

When kids get into disputes over the same toy, say: “Hey, I’d love to help you both out, but we won’t be able to do the next thing we have planned until you two resolve this.” That sentence puts the onus on them. They don’t need to rely on parents to tell them how to share the toy. Think of such a co-worker—one who looks forward to solving a problem, who jumps back in after failing and can resolve disputes. Is that a person you’d want to work with?

Finally, how we talk to our children about work is important. Some teens don’t have part-time jobs because their parents told them, “You’ll be working the rest of your life. Enjoy being in school.” That message conveys that work is a dirty word, rather than something rewarding. Work teaches self-efficacy, responsibility, financial literacy and confidence. Start early for a lifetime of positive results.

MARGARET H. GREENBERG and SENIA MAYMIN, Ph.D., are sought-after executive coaches, speakers and positive psychology practitioners, and the authors of the book Profit From the Positive. Find more information about their coaching and certificate programs at ProfitFromthePositive.com.