What Really Makes Us Happier at Work?

Being happy and fulfilled on the job is even more important than a higher paycheck for many workers today, says new Gallup report. 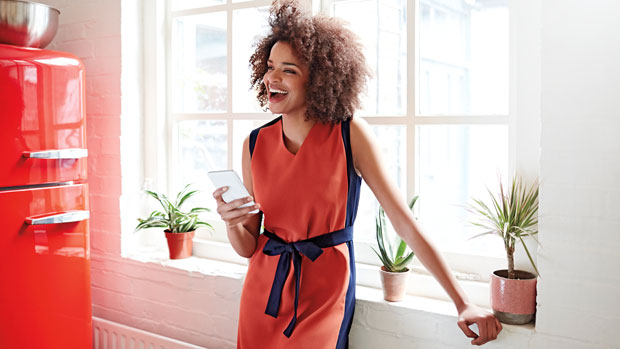 It makes sense, then, that there’s an increased emphasis on finding a job that’s rewarding and personally fulfilling versus one that “just pays the bills.” Our awareness of the benefits and need to find personal happiness has influenced how we feel about the jobs we want and the work we do.

Today, workers would rather have a job that contributes to their personal well-being instead of just improving the bottom line. According to Gallup’s State of the American Workplace 2017 report, 53 percent of employees say that having a position that allows greater work-life balance and better personal well-being is “very important” to them.

Wanting that balance and achieving it are two very different things, and this year the annual World Happiness Report, published by the Sustainable Development Solutions Network, added new research on well-being at work to the conversation on global happiness. Chapter authors Jan-Emmanuel De Neve, Ph.D., associate professor of economics and strategy at the University of Oxford’s Saïd Business School, and George Ward, a Ph.D. student at the Institute for Work and Employment Research at the Massachusetts Institute of Technology Sloan School of Management, took a deep dive into the topic of work to find out how it affects our well-being—and what we should do differently.

“People…spend the majority of their lives working, so it is important to understand the role that employment [plays] in shaping happiness,” Jan says. “Our research reveals that happiness differs considerably across employment status, job type and industry sectors.” While the report makes it clear that having a job is extremely important for happiness, it also finds that many of us aren’t happy with the jobs we have. Although a common complaint is about money, the researchers found that money isn’t necessarily the driving factor of what makes us happy or unhappy at work.

Where joy goes to work

It’s no secret (or surprise) that workers in some professions are happier than others. The researchers found that around the globe, people in blue-collar jobs were less happy than those in white-collar jobs. This wasn’t true in just a big-picture sense—it was reflected in the daily evaluations of how workers felt about their lives. 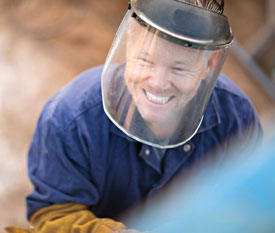 “White-collar workers generally report experiencing more positive emotional states such as smiling, laughing, enjoyment, and fewer negative ones like feelings of worry, stress, sadness and anger,” Jan says. This was true even when they adjusted for factors such as differences in income and education or age and marital status. The study authors found this was true regardless of what type of blue-collar work was being done.

At the top of the well-being scale, they found, were managers and executives, followed closely by professional workers. While clerical workers, service job employees and manufacturing and repair workers hover in the middle of the scale, those levels fall for construction and mining workers, and the lowest levels of happiness are found among farming, fishing and forestry workers. This, Jan says, illustrates “the raw differences in the happiness of job types.”

When happiness clocks out

It’s not just professions that affect your overall job satisfaction, though; certain regions report larger populations of happy workers. Austria claims the top spot, with 95 percent of respondents saying they are satisfied with their jobs, and Norway and Iceland rank only slightly below that.

Scandinavian countries have consistently ranked high as the world’s happiest countries, and they fare well for the happiest workplaces, too. There’s even a word, arbejdsglæde, that means “work happiness.”

Other countries don’t have such a word, but Alexander Kjerulf, CEO of Denmark’s Woohoo inc., says that learning from what’s worked for Scandinavian employees could help the rest of the world.

“We have focused on creating happy workplaces for the last 30 or 40 years,” he explains. “Scandinavian countries have some of the lowest average weekly working hours, which allows for a work-life balance. And Scandinavian bosses include employees in their decisions, actively seek input and rarely give orders.”

All of those components are also identified in the World Happiness Report as being crucial to happiness. As Gallup reported, feeling like you have a balance between your personal and professional life is a strong predictor of happiness at work; other things such as autonomy, the ability to learn on the job and variety of duties are also significant influencers of how we feel at the end of the day.

The need for work-life balance

In the report, Jan says it becomes clear that work-life balance is a primary driver of worker happiness. “This turns out to be true across the board, in terms of people’s life and job satisfaction, general happiness and moment-to-moment emotional experiences.”

People who work too much, or whose jobs leave them too exhausted to enjoy life in their off hours, report having a much lower level of happiness, both at home and on the job.

The same is true of people who feel they bring their work home with them, either physically or emotionally. And, Alexander adds, the price they pay goes beyond unhappiness.

“Work-life imbalance makes people quite unhappy because you end up feeling like both work and life are demanding more of your time, and you have to let one of them down. Ultimately, you’ll end up failing both of them,” he says.

“Research shows that those working a 55-hour week face a 33 percent increased risk of stroke than those working a 35- to 40-hour week. And to make matters worse, all those extra hours don’t even mean you get more work done. So overwork is killing employees while not improving business results.”

Read more: 9 Tips to Be Happier Working From Home

Whom you work for also has a dramatic effect on how happy you’re going to be at work. Having autonomy and job variety are both important, but the World Happiness Report found that bosses play a substantial role in determining an employee’s well-being. A study led by Benjamin Artz, Ph.D., associate professor at the University of Wisconsin-Milwaukee, found that a boss’s competence was the “single strongest predictor of a worker’s job satisfaction.”

Benjamin's findings showed that, particularly among American workers, having a technically competent boss was considered more important for job satisfaction than earnings, even when their salaries were high. The older the worker, the more important the competence of their higher-ups was to employees.

“The boss casts a very long shadow.” Alexander says that those who are stuck in toxic environments or have a bad boss can do something about it, but that may involve finding a new place to work.

“The most important thing is to realize that being unhappy at work is not normal,” he says. “Many people just accept it. But the truth is that there are amazing workplaces out there and many people who love their jobs.” And finding such a job may be more important than many people realize.

“We know that people who are happy at work have better health, are happier in life and enjoy greater career success and lifetime incomes,” Alexander says. “So having a job you like is not a luxury, it’s a necessity.”

Satisfaction on the job

Read more: 5 Habits to Make You Happier on the Job